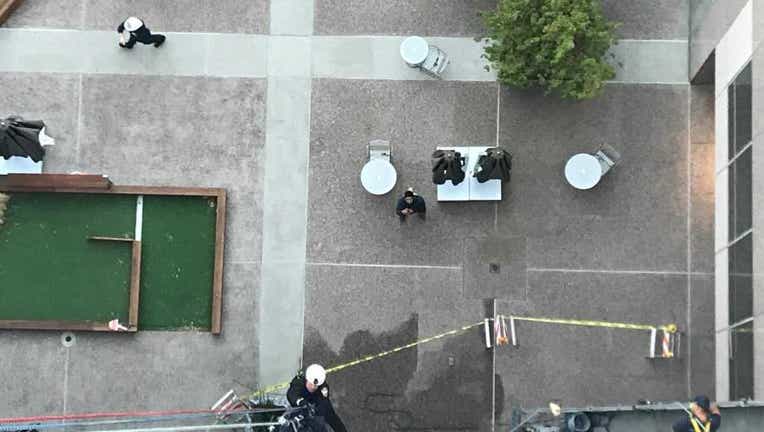 The workers were in an interior courtyard above the fifth or sixth floor of the California Plaza building, the city's largest office complex.

The workers, both men, were taken away by ambulance.

It's unknown how the workers became stuck around 6:45 a.m.