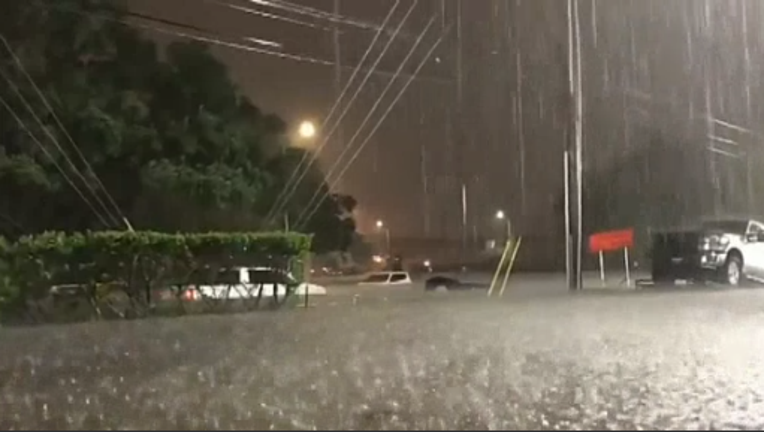 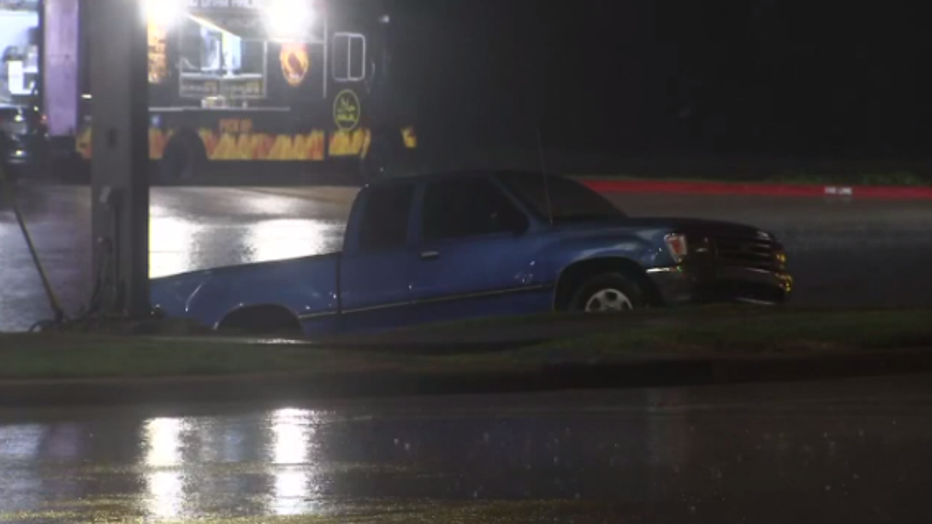 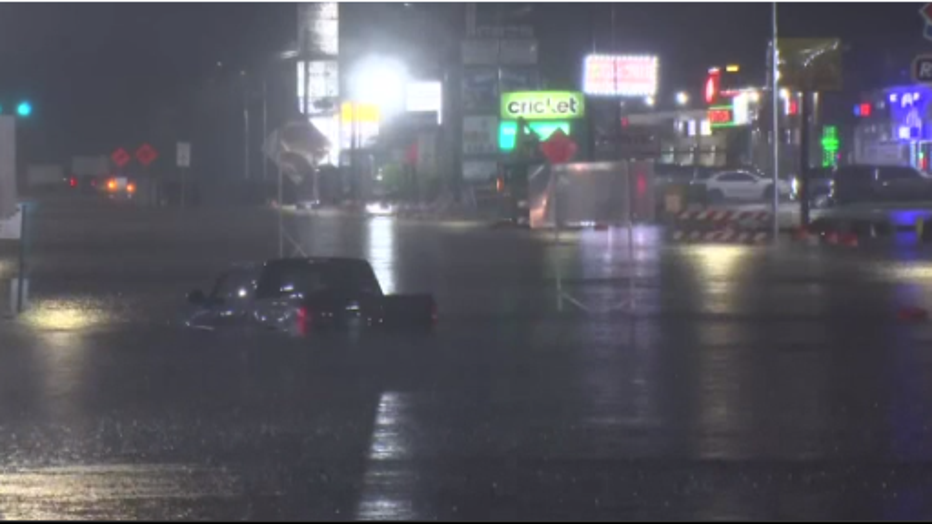 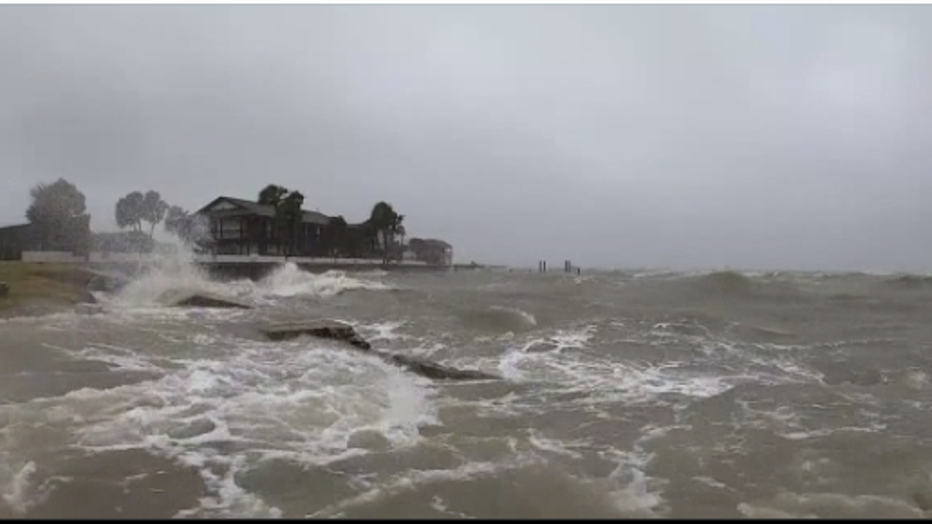 The storm made landfall about 5 miles north of Port O'Connor, Texas, with maximum winds of 45 mph, the U.S. National Hurricane Center said. Its winds weakened as it made its way to shore over several days.

Beta was the ninth named storm that made landfall in the continental U.S. this year. That tied a record set in 1916, according to Colorado State University hurricane researcher Phil Klotzbach. This was the first time a Greek letter named storm made landfall in the continental U.S. Forecasters ran out of traditional storm names on Friday, forcing the use of the Greek alphabet for only the second time since the 1950s.

The biggest unknown from Beta was how much rainfall it could produce in areas that have already seen their share of damaging weather during a busy hurricane season.

"This still is probably the most uncertain part of the forecast," Dan Reilly, a meteorologist with the National Weather Service in the Houston-Galveston office, said about rainfall from Beta.

Earlier predictions of up to 20 inches in some areas were downgraded Monday to up to 15 inches. Texas coastal counties were most likely to see 4 to 6 inches with 2 to 4 inches farther inland, Reilly said. Rain had already fell in Houston and other areas down the Texas coast on Monday before Beta came ashore.

Forecasters and officials reassured residents Beta was not expected to be another Hurricane Harvey or Tropical Storm Imelda. Harvey in 2017 dumped more than 50 inches of rain on Houston, causing $125 billion in damage in Texas. Imelda, which hit Southeast Texas last year, was one of the wettest cyclones on record.

Storm surge up to 4 feet was forecast from Port Aransas to Sabine Pass in Texas.

Beta was expected to move northeast along the Texas coast over the next couple of days, weakening into a depression by the time it gets to the Houston-Galveston area on Wednesday before heading into Louisiana sometime mid-week, forecasters said. Flash flooding was possible in Arkansas and Mississippi as the system moves farther inland.

In Galveston, an island city southeast of Houston, there was already some street flooding from rising tides and part of a popular fishing pier collapsed due to strong waves.

Farther south on the Texas coast, Maria Serrano Culpepper along with her two daughters and dogs left their home in Magnolia Beach near Matagorda Bay on Sunday night.

Culpepper said she didn't want to be trapped in her home, three blocks from the beach, with wind, rain and possibly no electricity. She and her family evacuated to a friend's home in nearby Victoria.

Culpepper said her home should be fine as it's on stilts 13 feet off the ground and was built to withstand strong storms.

"I'm feeling OK now. I had two nights without sleeping because I was worried about (Beta) being a Category 1 hurricane. I calmed down when the storm lost power," said Culpepper, who works as an engineer at a nearby chemical plant.

On Monday, Gov. Greg Abbott issued a disaster declaration for 29 Texas counties ahead of Beta's arrival.

Beta is forecast to dump heavy rain on the southwestern corner of Louisiana three weeks after the same area got pounded by Hurricane Laura. The rainfall and storm surge prompted Louisiana Gov. John Bel Edwards to declare a state of emergency.

In Lake Charles, Mayor Nic Hunter worried about Beta's rainfall could set back efforts in his Louisiana community to recover after Laura, which damaged about 95% of the city's 30,000 structures. Hunter said the worry of another storm was "an emotional and mental toll for a lot of our citizens."

Beta would be the ninth named storm to make landfall in the continental U.S. this year. That would tie a record set in 1916, according to Colorado State University hurricane researcher Phil Klotzbach.

Hurricane Teddy was about 295 miles northeast of Bermuda Monday night as it heads toward Nova Scotia. It had maximum sustained winds of 100 mph while moving north at 25 mph and away from the wealthy British territory, according to the U.S. National Hurricane Center in Miami. It was expected to weaken and become a strong post-tropical cyclone before reaching Nova Scotia on Wednesday.

The government closed all air and sea ports, schools and government offices for the second time in a week. Hurricane Paulette made landfall in Bermuda on Sept. 14, knocking down trees and leaving thousands without power.