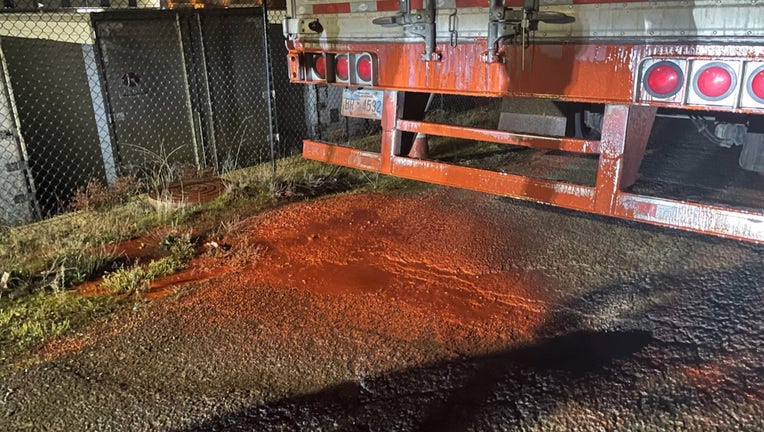 Deputies in Multnomah County say the truck spread red dye all over the roads "on multiple freeways…over several miles" in the Troutdale area, which is along the Columbia River east of Portland.

According to the sheriff’s office, it was around 7:30 p.m. Saturday when deputies responded to a call of red liquid dripping from a tractor trailer. It was apparently not hard to track down the leaking truck; when deputies caught up with the driver, they say he told them the liquid was dye used to color mulch.

The driver allegedly also told deputies that he knew the truck was leaking – another motorist had flagged him down to alert him – but he kept going anyway, spilling red liquid across roads from nearby Clackamas County as well as I-205 and I-84.

According to the driver, the dye was water-soluable, meaning it should wash off with water. But deputies warned drivers in the area to check their vehicles and contact their insurance companies if necessary.

The driver was cited for operating with sifting or leaking load, criminal mischief, and reckless driving.

This story was reported from Tampa, Fla.