CONCORD, Calif. - An early Monday morning crash involving a power pole shut down a stretch of Monument Blvd in both directions.

Concord police said a truck hit a power pole at the intersection of Monument Blvd and Virgina Lane, causing power to go out in the area. 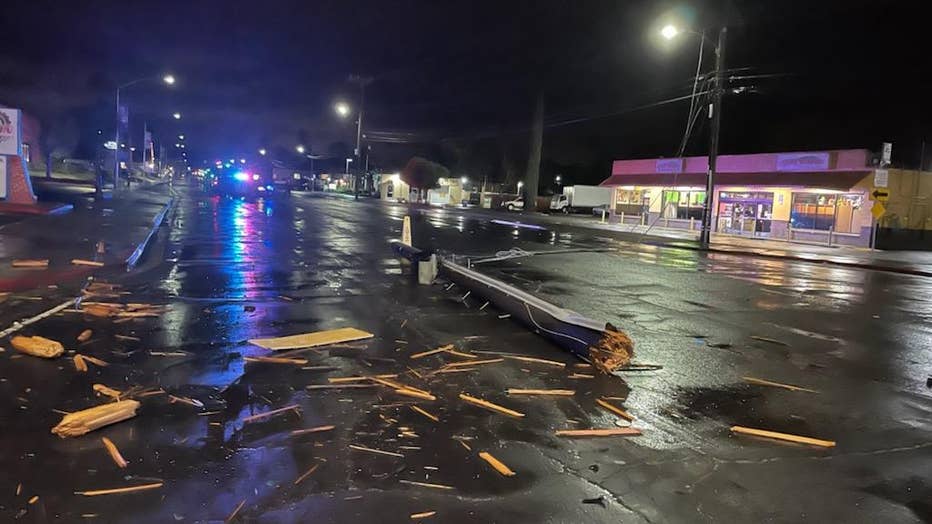 A truck took out a power line on Monument Blvd early Monday, according to Concord police.

SEE ALSO: Teen fatally struck on bike in Concord identified as newcomer to US

PG&E was called to restore power, and officials said to expect delays in the morning commute.

Officials did not give information about the driver or passengers involved in the crash.