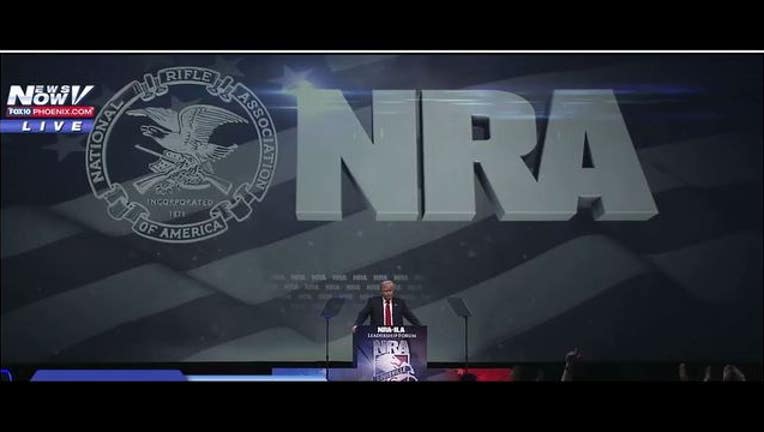 Chris Cox, the executive director of the NRA's political arm, announced the endorsement ahead of Trump's appearance at the group's convention. Trump called the endorsement a "fantastic honor" and said he would not let NRA members down.

Cox focused most of his remarks on likely Democratic nominee Hillary Clinton, calling her a threat to gun owners. He says that with the next president likely to having a Supreme Court vacancy to fill, "The Second Amendment is on the ballot this November."

Cox also appealed to NRA members who may have preferred other candidates to Trump. He says, "it's time to get over it."