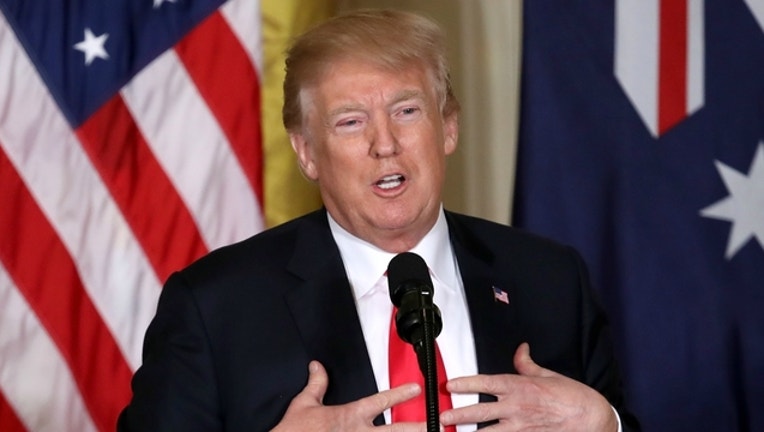 WASHINGTON (AP) - President Donald Trump says he thinks it's great that China's president now holds that office for life and muses that maybe the U.S. will do the same someday.

Trump's remarks were met with laughter and applause during a luncheon for Republican donors Saturday at his South Florida estate. CNN said it obtained a recording of the remarks.

Trump criticized his Democratic presidential opponent Hillary Clinton, repeated his view about "a rigged system," and called the Iraq invasion "the single worst decision ever made." He referred to former President George W. Bush as "another real genius."