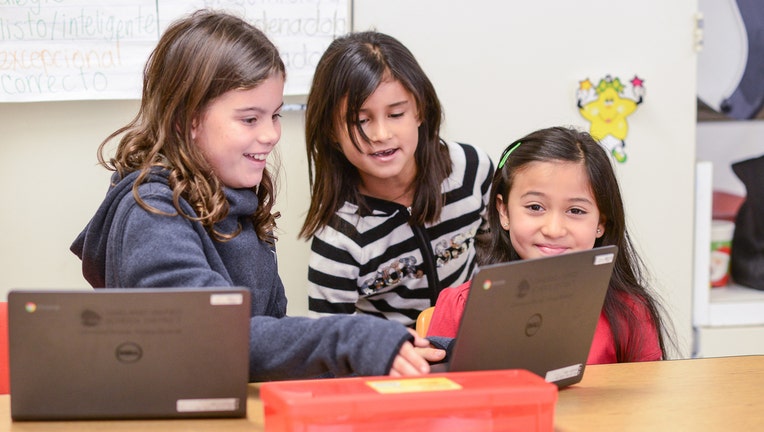 OAKLAND, Calif. - Twitter CEO Jack Dorsey tweeted on Friday he will give $10 million so that "every single child in Oakland" has access to a laptop and internet in their homes.

He made his offer, writing on top of Oakland Mayor Libby Schaaf's call the day before, to close the digital divide within the Oakland Unified School District, where about 25,000 students do not have adequate access to computers or Wi-Fi.

Schaaf shot back on Twitter with a "Wow. Thank you."

"I am still in shock," said Seth Hubbert, director of Tech Exchange, the nonprofit helping to get computers into the hands of the children. "Who would have thought? I didn't have any insight this was coming."

Hubbert, who added he was humbled by the donation, said he will now work furiously with the various stakeholders to get the computers into the hands of the students in need.

On Thursday, Schaaf, the district, councilmembers and Tech Exchange held a news conference making an urgent plea to raise $12.5 million to buy computers and pay for internet access for the Oakland school children who don't have adequate technology at home.

Distance learning is hard enough even if you're a student who has a computer and working Wi-Fi at home. That's why on Thursday, the&nbsp;Oakland Unified School District, the city of Oakland, the Oakland Public Education Fund and the nonprofit, Tech Exchange, launched a $12.5 million fundraiser&nbsp;to help close this digital divide.

Students said without computers, they can't easily complete assignments and Skyline High School junior Jessica Ramos said she almost missed a scholarship deadline because of her lack of connectivity.

OUSD Supt. Kyla Johnson-Trammell noted that Dorsey "leads one of the most consequential technology firms in the world, so he understands well the need for our young people to have access to a computer and the internet at home."