OAKLAND, Calif. - Oakland authorities have confirmed two suspects have been arrested after a man died when he chased down a suspect who stole his laptop computer at a Starbucks in an east Oakland neighborhood.

The victim, a man believed to be in his 20s or 30s, died of head injuries after being taken by ambulance to a hospital, authorities said.

His identity was not immediately released.

The customer was working on his computer Tuesday morning when a suspect snatched the device and ran. The suspect then drove off in a nearby vehicle, authorities said.

It was unclear if there was a driver waiting in the vehicle, authorities said.

Before the car drove off, witnesses said the customer grabbed a door handle causing him to slam his head into a parked car when the vehicle accelerated away, witnesses said.

"He was bleeding only from the head. His face was purple and blue," said Maria Chan, a florist shop owner across the street.

Oakland Fire Department personnel witnessed some of what happened before attempting first aid on the man, authorities said.

News of the two arrests comes after police analyzed video surveillance in the area. The identities of the two suspects is currently unknown. 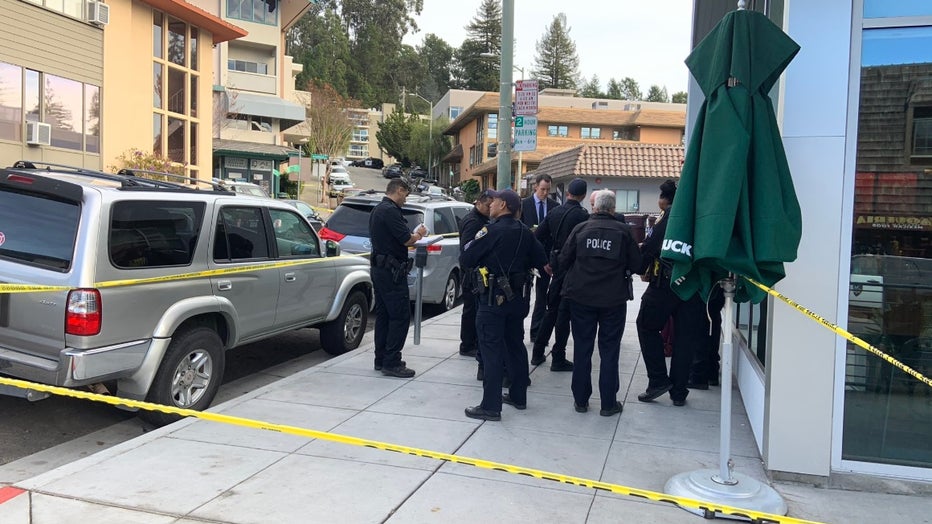