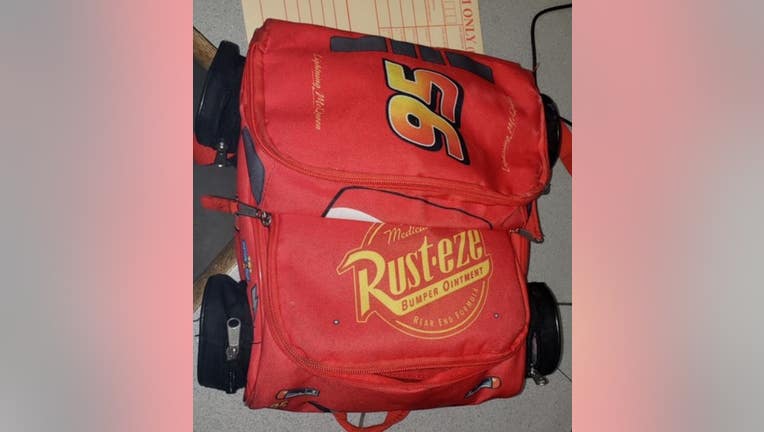 The backpack that was worn by an 18-month-old that had a Glock handgun inside. (SFPD)

SAN FRANCISCO - Authorities announced the arrest of a "known gang member" and his girlfriend in San Francisco after a loaded gun was found in a backpack the suspects' 18-month-old child was wearing.

San Francisco Police Commander Raj Vaswani shared details of the arrest on Twitter Monday night. Vaswani said investigators were conducting a search warrant at the home of Ellis McGhee, 36, who authorities allege is part of gang.

McGhee was detained by police without incident.

When authorities searched the backpack that the toddler was wearing, they discovered a fully-loaded Glock handgun with a 30 round magazine inside.

Hogan was also arrested. Both adults were booked on multiple felonies, including child endangerment, authorities said.