Two suspects have been arrested on suspicion of murder in the death of a fellow squatter who was shot and killed by an 80-year-old property owner in Vallejo.

VALLEJO, Calif. - Two suspects have been arrested on suspicion of murder in the death of a fellow squatter who was shot and killed by an 80-year-old property owner in Vallejo.

During the confrontation the elderly property owner was stabbed with a sword, authorities said.

The names of the suspects and the person who died were not released. The Solano County DA's office will determine whether to file formal murder charges. 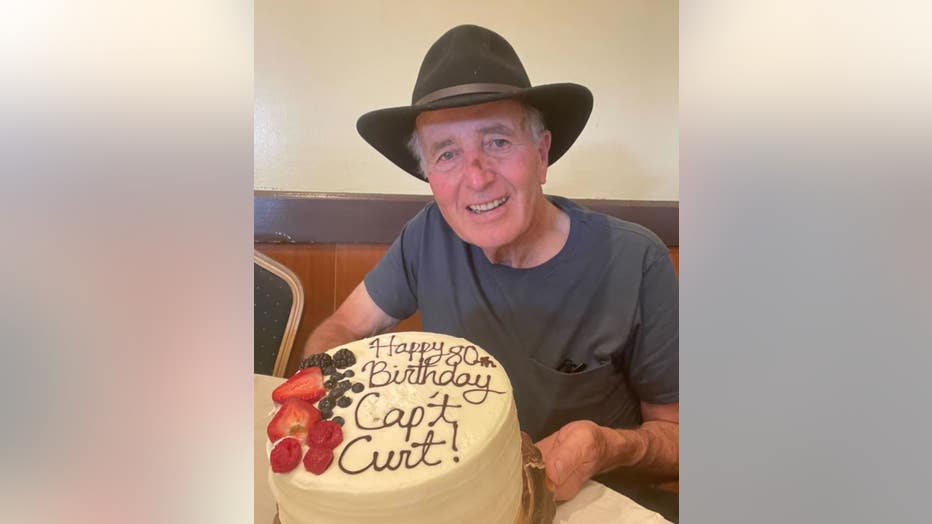 Curt Lind is recovering after he was stabbed with a sword by squatters living on his Vallejo property.

His son, Carl Lind told KTVU, "I'm just happy that he's alive, so. And he's going be OK, but they cut and slashed his eye. He's probably going to lose his eye."

The violence happened at about 7:20 a.m. Sunday on property the elderly man owns near 3rd and Lemon streets in Vallejo. For years, he's been trying to evict a group of people who haven't been paying the rent, his family says.

"A big part of this problem was this moratorium on rent, COVID. People took advantage of it," Carl Lind said.

It all came to a head on Sunday when the 80-year-old was stabbed.

"He had a samurai sword stuck to his back with about a foot of it sticking out in front, his face cut up all over," said his friend Patrick McMillan.

Carl Lind said of his father, "The truth is, they jumped him."

But at some point, McMillan said the property owner opened fire with a gun.

Neighbors in Vallejo say a man they know was allegedly stabbed with a sword over a housing dispute. One person was allegedly shot to death during the same incident.

"After they attacked him he got his gun out and shot two of them, killed one of them. The other one had three shots to the chest," McMillan said.

Two other squatters have been booked on suspicion of murder. Vallejo police say they are legally liable for the death of their fellow squatter.

Now, Curt Lind's friends and family are hoping he will recover.

"Curt will help anybody, no matter what, even if they screw him, he'll help them again. He's just that kind of a guy," McMillan said.

Curt Lind's daughter, Dina Lind Morrill told KTVU, "He was very lucky..The police say they rarely see the victim of a crime survive attacks like this. I am very grateful that he is alive."

She said her father has numerous fractures and cuts throughout his body.

"And the sword impalement will take time to heal," she said.

The family has set up a Gofundme to support him.