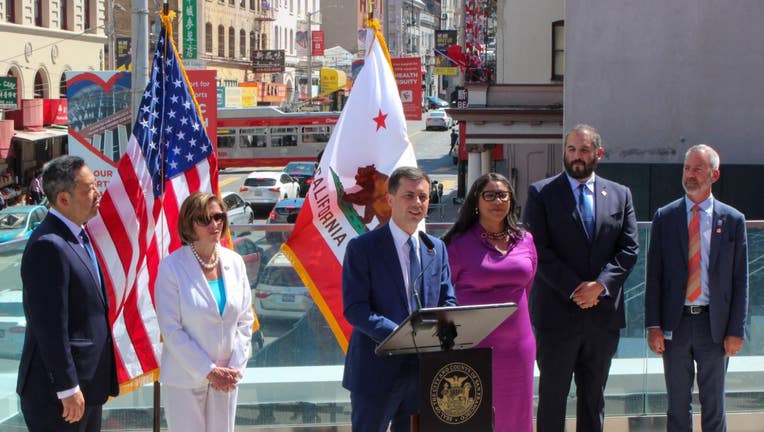 Buttigieg was alongside U.S. House Speaker Nancy Pelosi, San Francisco Mayor London Breed and city transportation heads at a press conference held at the Chinatown Station, which was built as part of the city's Central Subway Project.

The San Francisco transportation agency says the station could be in service as early as fall 2022, though still not setting an official opening date. Its projected completion date was initially planned in 2018, but crews faced a myriad of delays, including a fire at one of the subway's stations earlier this year.

But, Buttigieg assured that the department still supports the project a decade after the Obama Administration awarded it nearly $1 billion in federal funds, and the investment will "pay dividends for generations to come."

"It's going to better connect the most densely populated neighborhood in San Francisco to the social and economic life of the city. It will bring tourists and residents alike to Chinatown for food and shopping, and make it easier for people who live here to reach jobs and schools and resources," Buttigieg said.

The visit is a part of a six-state tour Buttigieg is on to showcase projects funded by the $1.2 trillion Bipartisan Infrastructure Law. His next stop is in Oakland, where he'll meet with U.S. Congresswoman Barbara Lee and Oakland Mayor Libby Schaaf on Friday to tour a neighborhood reconnection project. 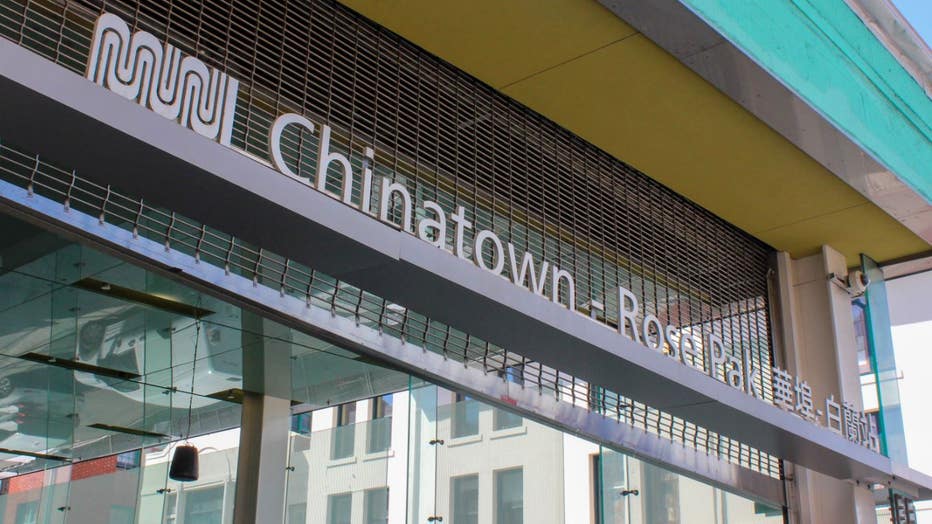 "The thing that I see and feel everywhere we go -- and I certainly felt it here during our visit to the Central Subway -- is the passion that people bring. Not because they're transportation nerds like me, but because they're passionate about their own neighborhoods, communities, families, workplaces and lives, and they know how all of that will benefit from the investments that are being made," he said.

Along with the Chinatown station at the intersection of Stockton and Washington streets, riders traveling on Muni's T-Third Street line will also stop at new stations on Union Square, Moscone Center and Brannan Street.

Breed said she's already begun thinking about what's next - first, fixing up the existing rail system after years of disinvestment, and then extending the subway project to Fisherman's Wharf, as well as connecting speed rail services to Caltrain.

"When we invest in transit, we feel the difference. It's faster, it's more reliable, and it's a comfortable way to get us to where we need to go -- and helps our economy, our families, our seniors and its helps our workers who rely on it," Breed said at the press conference.

Breed said she'd rather have a project be delayed and do it right than to "rush through to try and meet a deadline."

"What we appreciate is that we have the resources and the support from our federal leaders like never before, and that means more opportunity to make things a reality," Breed said. "Many of us never thought the possibility of even going to Fisherman's Wharf underground would even be seen in our lifetime, and the reality is, it could be."

She thanked Buttigieg for his support and leadership in connecting communities that have been historically left out in funding opportunities. She pointed to the Biden Administration's $23 million grant award to SMFTA to make the three-lane, historically congested Howard Street into a pedestrian and bicycle-friendly two-lane roadway.

"..and if there are any other projects you think you might want to throw some funding at, just let us know. Don't worry, we have the shovel ready, whatever it takes, San Francisco is your place," Breed said to Buttigieg.