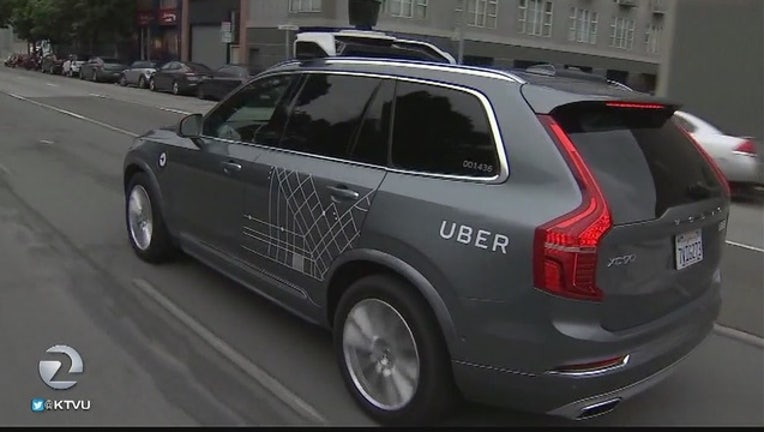 Herrera said he sent the subpoenas pursuant to his authority to investigate whether the two San Francisco-based ride-booking companies are complying with state and local laws.

The laws cited in the subpoenas are those banning public nuisances and obstruction of streets, and those requiring equal accommodation of all customers and minimum compensation for contractors who work more than 20 hours per week.

"Convenience for some cannot trump the rights of every San Francisco resident and visitor, including the safe enjoyment of our roads and bike lanes," Herrera said in a statement.

"Our action today aims to protect San Franciscans by ensuring that these companies comply with state and local law," he said.

Herrera said he was concerned about potential problems of congestion, lack of equal service for disabled people and people of all neighborhoods, and incentives that may bring drivers who are fatigued and unfamiliar with the city from as far away as Fresno and Los Angeles.

"Policies that encourage or turn a blind eye to drowsy driving by drivers with little or no familiarity with San Francisco's roads or weather conditions make our city less safe. They are a public nuisance," Herrera said.

Uber and Lyft issued general statements without saying whether they will comply with the subpoenas.

"We're more than happy to work with the city to address congestion, but it should be a comprehensive solution including construction, the city's population increase, and the rise of online delivery services," said Uber spokeswoman Eva Behrend.

Lyft spokeswoman Chelsea Harrison said, "We are currently reviewing the subpoena, but Lyft has always been focused on improving transportation access for people across all cities in which we operate."

The two companies have 15 days to respond to the subpoenas. If they refuse, the city attorney can go to Superior Court to seek a finding of contempt and other sanctions.

Separately, Herrera also filed a state Public Records Act request with the California Public Utilities Commission today to obtain the companies' annual reports and any available data about their effects on traffic safety, congestion, air pollution and service to all segments of the population.