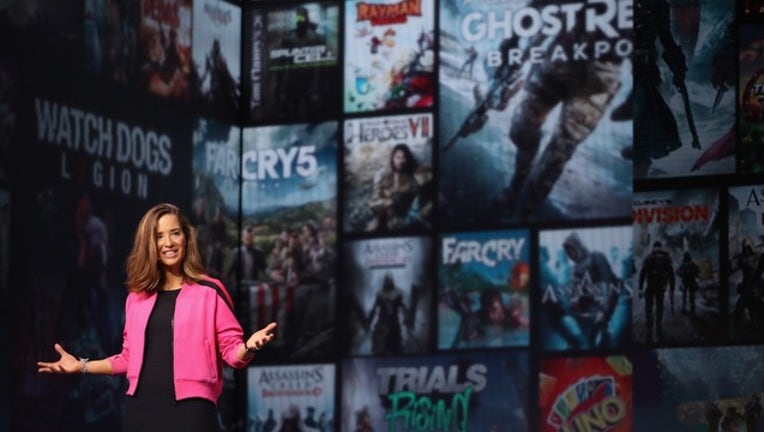 Brenda Panagrossi , Vice-President of Platform and Product Management Ubisoft, speaks about 'UPLAY+' during the Ubisoft E3 2019 Conference at the Orpheum Theatre on June 10, 2019 in Los Angeles, California. (Photo by Christian Petersen/Getty Images)

San Jose, Calif. (KTVU) - While E3 2019 officially kicks off on June 11, video publishers have pre-loaded the conference with new titles, trailers, and services. One of the big industry trends this year seems to be the pivot to a subscription model, with many publishers offering an all-you-can-eat buffet of games.

Ubisoft is the newest publisher to join the bandwagon – at a press conference on Monday, it announced its new subscription service - Uplay+, offering a catalog of more than a 100 games for the PC for $14.99/month.

The subscription service will also be available on Google’s upcoming streaming platform - Stadia, in 2020, though it is unclear whether users will have to pay for Stadia separately to access its features.