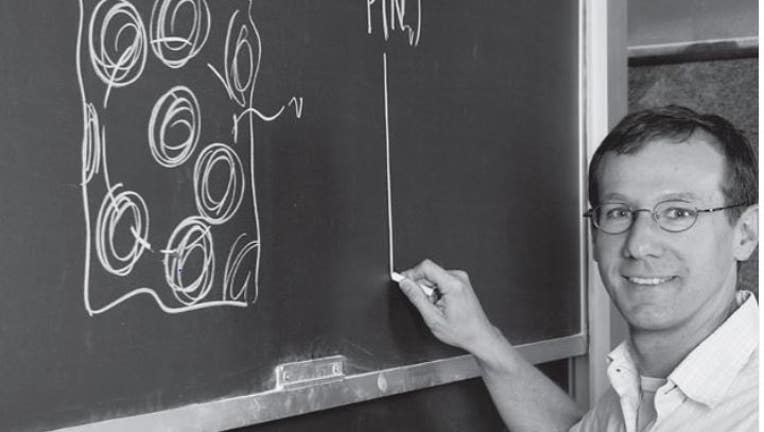 Phillip Geissler's sudden death was announced in a post by the College of Chemistry Dean Douglas Clark on Friday.

"We have been jolted by the news," said Clark. "Phill was a truly remarkable person--a brilliant researcher and scholar, a phenomenal teacher and mentor, and a dear friend to so many."

Although the cause of death hasn't been announced, it coincided with a report by Canyonlands National Park of a missing hiker during record-breaking heat. They said the man was attempting a short hike from Elephant Hill in the Needles District and his body was recovered Tuesday. A warning followed about exercising in extreme heat as the Canyons Area is experiencing temperatures jumping past 100 degrees.

The 48-year-old professor graduated from Cal with a Ph.D. in chemistry in 2000, began assisting and teaching, and worked his way into becoming a full professor in 2012.

Many students responded with shock and sadness about the news of his death.

"Best professor ever," said one student. "He was my first impression on Berkeley. After my first lecture with him, I told myself that I chose the right university. He will be remembered."

Another said they were terrified to take the Chemistry course at Cal, but Geissler immediately put them at ease.

"Professor Geissler had a way of teaching where he was constantly attentive and caring towards his students. I’ll miss his guitar songs about orbitals and when he would bring the Cal band into class as a surprise. It was an honor to be taught by him."

Many students recalled the same quiz Geissler gave during the first day of class every semester.

The quiz went something like this: it asked students if they were taking his class to see a) complicated molecules and math, b) the professor play guitar, c) explosions, or d) the professor sing.

After the quiz students said Geissler surprised them by saying they would see all of those things at the same time. Students said he began jamming and singing on the guitar while his assistants wrote out equations on the blackboard and blew up hydrogen filled balloons.

"This was my first taste of American scientific education, and I was here for it," one student said.

The Dean said Geissler received numerous awards during his career, but he was proudest of his UC Berkeley Distinguished Teaching Award that he received in 2011.

The university said more information will be coming regarding his death and memorial.