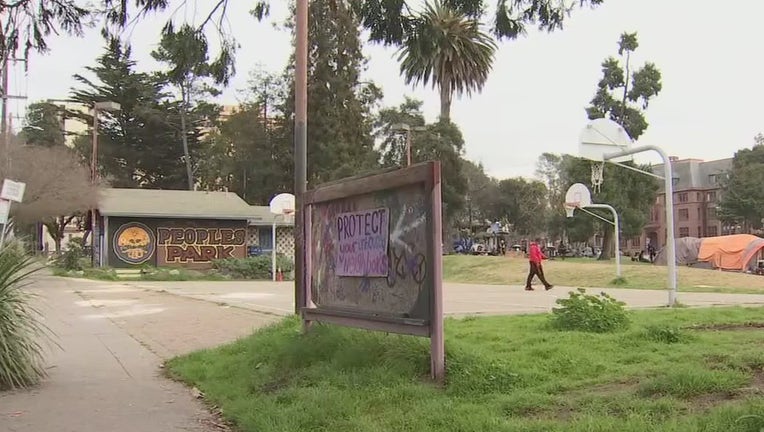 Police said they received reports of a fire at People's Park around 7:03 a.m. and when they arrived they discovered an aggravated assault had also occurred.

As they asked the public to evacuate the area due to the fire, they found a victim who had been assaulted, officials said. The victim was taken to the hospital.

Police did not say what kind of weapon was used in the attack.

The suspect, last seen walking south on foot, was a 6-foot tall Black man wearing a gray t-shirt and light blue jeans, according to authorities.

The fire was contained around 7:45 a.m. they said.

It's unclear whether the fire and the assault were connected.