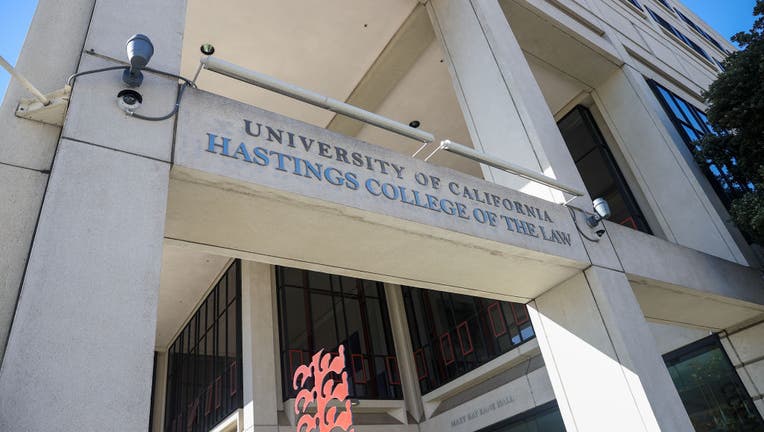 SAN FRANCISCO - The University of California Hastings College of the Law will work on removing the name of its founder, who sponsored massacres of Native Americans in the 1850s, the board of directors voted Tuesday.

The vote authorizes one of the nation’s leading law schools to work with state lawmakers and others to change the institution’s name.

But historians say the school’s founder helped orchestrate and finance campaigns by white settlers in Mendocino County to kill and enslave members of the Yuki Indian tribe at a time when California law had legalized lynch mob attacks on Indians along with kidnapping and forced servitude in what some state leaders openly called a war of extermination.

The expeditions arranged by Hastings resulted in the deaths of 300 Yuki, and the government reimbursed him for expenses, including ammunition.

MORE: Judge overturns 2019 decision by SFUSD to cover up mural at Washington HS

The attacks were part of a three-year series of slaughters and kidnappings by settlers known as the Round Valley Settler Massacres that by some estimates claimed at least 1,000 Indian lives.

The school began to investigate Hastings’ legacy in 2017 and has been working on "restorative justice" initiatives including a free legal aid program for the Yuki and other tribes, founding an Indigenous Law Center and creating a campus memorial to the Yuki people.

"That work has raised our awareness of the wrongs committed by the college’s namesake and the ongoing pain they cause, and our decision is that we can no longer associate our great institution with his name," said Carl Robertson, who chairs the Board of Directors.

"I’m not terribly proud of carrying the Hastings name on my law license. There is no forgiveness in this," Willie Brown said, according to the San Francisco Chronicle.

In 2020, the law school at the University of California, Berkeley stripped itself of a 19th century namesake who espoused racist views that led to the 1882 Chinese Exclusion Act. John Boalt’s name was removed from a school building after a three-year process.

Joseph Cotchett, a trial lawyer and alumnus who has donated about $10 million to the school, told the Chronicle that if the Hastings name remained, he would pull his name from its newly opened Cotchett Law Center.

"I will do everything in my power as a 55-year alumnus of Hastings to change the name, and to honor the Indian tribes that were massacred and were taken advantage of," Cotchett said.

However, the Hastings name for the college is enshrined in state law and can’t be changed without first changing the law.

"Hastings definitely needs a name change," Wiener said. "The idea that this institution would be named for someone who exterminated Native Americans is untenable. To me, it’s a no-brainer."

Natasha Medel, a Yuki descendant, thanked the college board on Tuesday for its decision.

"I look forward to standing next to you and doing what is right for my people," she said.