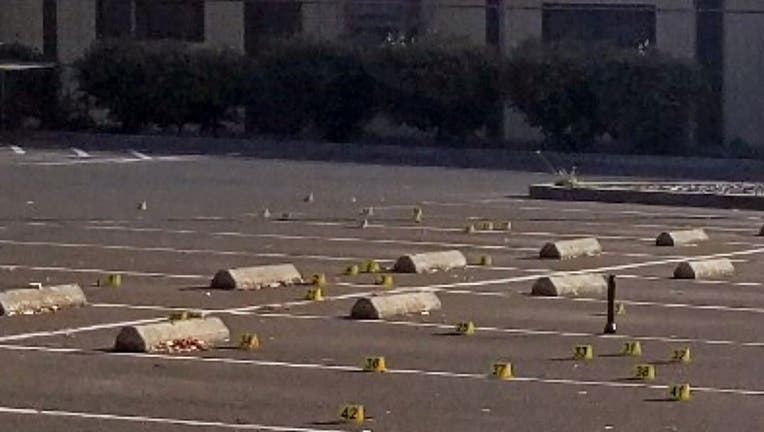 UNION CITY, Calif. - Police on Sunday released the description of a possible vehicle used by unidentified persons in the fatal shooting last November of two youths outside a Union City elementary school.

The vehicle is described as a silver sedan similar to a mid-to-late 2000s model Toyota Camry or Corolla.

Investigators hope the description will lead to more clues in the unsolved shooting reported about 1:30 a.m. Nov. 23 in the parking lot at Searles Elementary School in a residential neighborhood in the 1800 block of Sherman Drive.

The boys, age 14 and 11, had been sitting in a van in the parking lot when they were confronted by suspects who shot into their vehicle multiple times, according to police.

The 14-year-old was pronounced dead at the scene and the 11-year-old died en route to a hospital, police said.

New Haven Unified School District Superintendent John Thompson said in a statement after the shooting that one of the boys was a student who currently attended a school in the district and the other was a former student in the district.

The Union City Police Department encourages anyone with information regarding the silver Toyota sedan or the suspects, to call Detective Clubb at (510) 675-5227. Tips can also be called into (510) 675-5207 or emailed to tips@unioncity.org.