LOS ANGELES - Drought conditions intensified in parts of California over the past week, the U.S. Drought Monitor reported Thursday.

Areas of "exceptional drought" expanded in the southern and eastern Sierra Nevada in response to poor snowpack conditions, the monitor said in its weekly update.

Exceptional is the worst level. Most of the rest of California is in the extreme or severe categories while small sections of the far north coast and the two southernmost counties are in moderate drought. 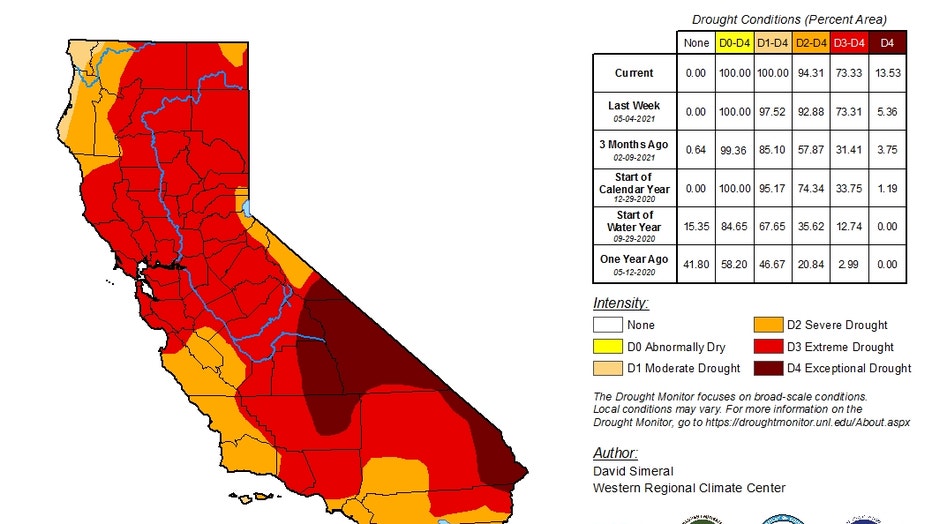 On Monday, Gov. Gavin Newsom expanded a drought emergency declaration to 41 of California’s 58 counties and said a further expansion is likely.

California’s winter rain and snowfall was far below normal, and much of the snowmelt was absorbed by the dry ground rather than running off into rivers that fill reservoirs.

As of Wednesday, the state Department of Water Resources reported the water content of the snowpack was just 7% of normal to date.