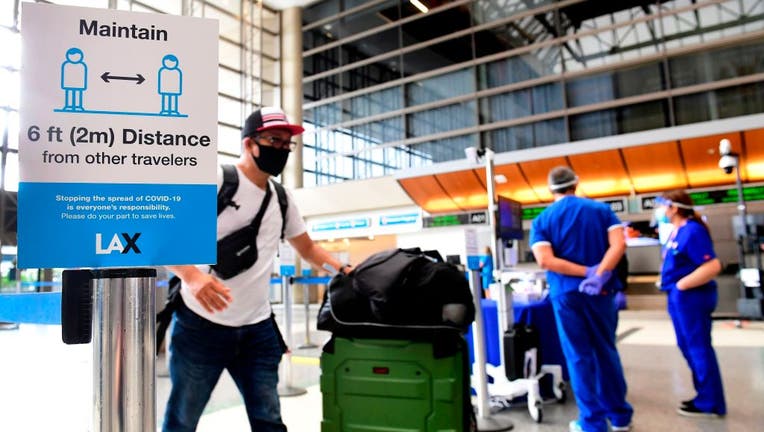 Passengers walks past thermal cameras, that check passenger's body temperatures, at Los Angeles International Airport in Los Angeles, California on June 23, 2020, after they were added as another layer of protection during the COVID-19 pandemic to he

The U.S. government announced on Thursday that it will end some of its enhanced screening protocols for international travelers entering the country — specifically, that all flights from specific nations be directed to one of 15 airports — after first instituting the screening protocol in January to stem the spread of the novel coronavirus.

This “new approach,” which begins Monday, will no longer require international flights from China (including Hong Kong and Macau), Iran, the Schengen region of Europe, the U.K., Ireland or Brazil to be routed to the aforementioned 15 airports, the Centers for Disease Control and Prevention (CDC) confirmed.

Passengers on such flights will also no longer be required to submit to enhanced entry health screenings, as this approach “has limited effectiveness because people with COVID-19 may have no symptoms or fever at the time of screening, or only mild symptoms,” per the CDC's announcement.

Instead, the CDC said efforts will be “refocused” on other mitigation efforts, including: “pre-departure, in-flight, and post-arrival health education”; enhanced illness response; collecting contact information from arriving passengers electronically; enhanced training for partners at airports; and assisting passengers — both departing and arriving — with information on travel-related risks and post-travel precautions.

However, there will still be “potential testing to reduce the risk of travel-related transmission of the virus," and to track its movement.

“This strategy is consistent with the current phase of the pandemic and more effectively protects the health of the American public,” the CDC explained.

The CDC and U.S. Customs and Border Protection (CBP) had first announced the implementation of “enhanced health screenings” for airline passengers arriving from or traveling through the Wuhan province of China in January. Those flights were first routed to San Francisco International Airport (SFO), John F. Kennedy International Airport in New York (JFK) and Los Angeles International Airport (LAX), before the program expanded to include the 15 currently designated airports.

Meanwhile, in a statement shared with Fox News, a spokesperson for the CDC has claimed that "fewer than 15" passengers who were funneled through those airports since January had been identified as having COVID-19. The same spokesperson indicated that approximately 675,000 arriving passengers had undergone enhanced health screenings since the start of the program.

"More cases have been identified through airport partner notifications to CDC and standard illness response," the statement read, in part.

"Because symptom-based entry health screening for COVID-19 has identified so few cases, CDC is prioritizing other public health measures to reduce the risk of travel-related transmission including education of passengers before, during, and after travel."