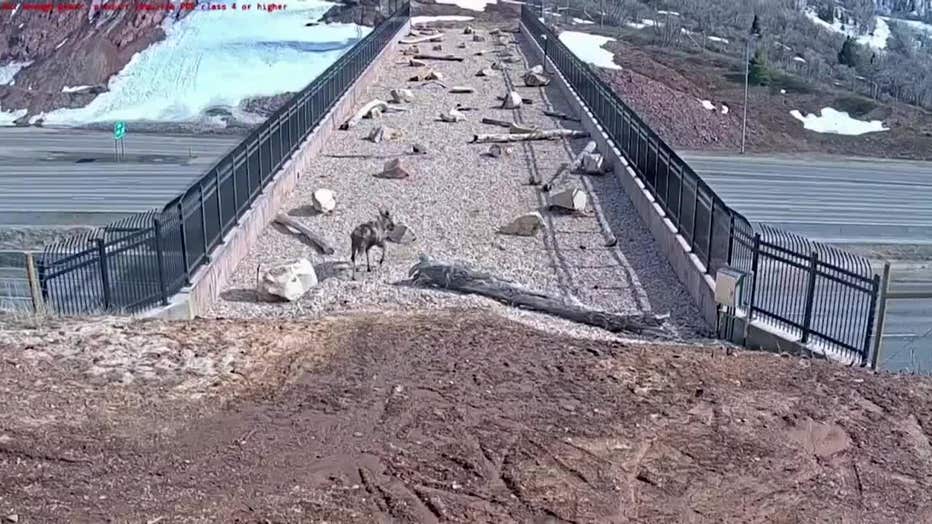 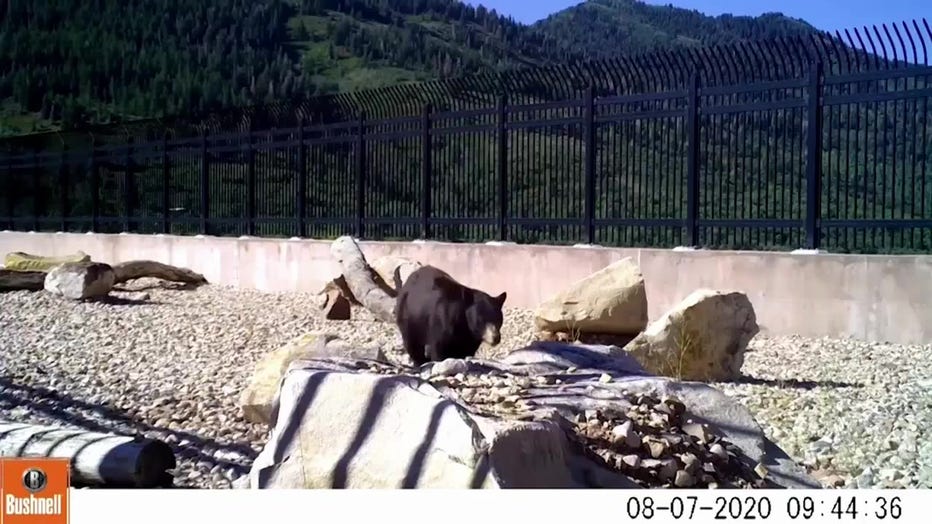 The Parleys Canyon bridge was built in a mountainous area, rich in wildlife. It was also where a busy interstate highway with fast moving traffic cut through, resulting in serious collisions between animals and vehicles. 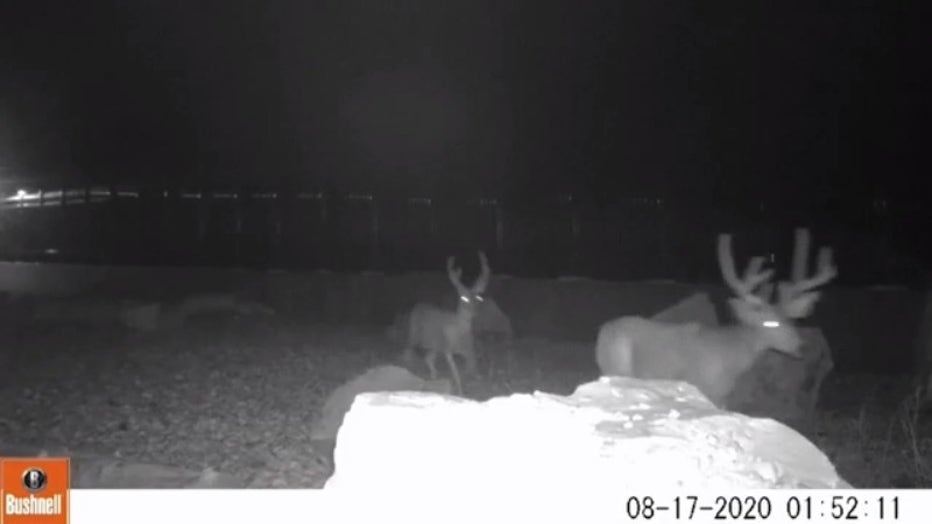 "We were having all kinds of problems with animals getting hit by cars. And sometimes the animals are large, like a moose, and people were getting hurt,” said Scott Root, outreach manager with the Utah Division of Wildlife Resources (DWR).

So Utah’s Department of Transportation (UDOT) set out to build an overpass to help protect both motorists and animals. The UDOT worked in partnership with state wildlife officials.

“We built fencing to basically funnel all these animals to this specialized wildlife crossing overpass,” Root said, noting that it was unclear just how successful the project would be.

On Nov. 19, both the UDOT and the Division of Wildlife Resources shared images collected with the help of Utah State University officials showing a wide variety of animals using the crossing, and they hailed the wildlife bridge a success.

“It's working!” wrote DWR on social media, adding, “As you can see, the 2nd year of this overpass has been successful at helping wildlife safely migrate over busy Interstate 80 and helping motorists be much safer as well.”

On Facebook, transportation officials said the bridge was “enhancing safety for drivers and wildlife in the canyon.”

The bridge, which went up in Dec. 2018, spans almost 350 feet and cost about $5 million to build. It was the first such animal overcrossing in Utah.

It came as plans have been in the works for what’s being called the world’s largest wildlife overpass project to be built here in California.

The bridge would be constructed over Highway 101 in Agoura Hills in Los Angeles County near the Santa Monica Mountains National Recreation Area.

Project leaders described the Liberty Canyon wildlife crossing as a 165 feet wide span that will stretch 210 feet over ten lanes of the 101 freeway. “With as many as 300,000 cars passing through the freeway site daily, the crossing will also call for vegetated barriers to reduce the impact of vehicle traffic noise and roadway light on wildlife movement,” the National Wildlife Federation explained. "The project responds to two decades of National Park Service research, and the need to create a vital connection for the endangered mountain lion population and other wildlife that make their home in the Santa Monica Mountains." 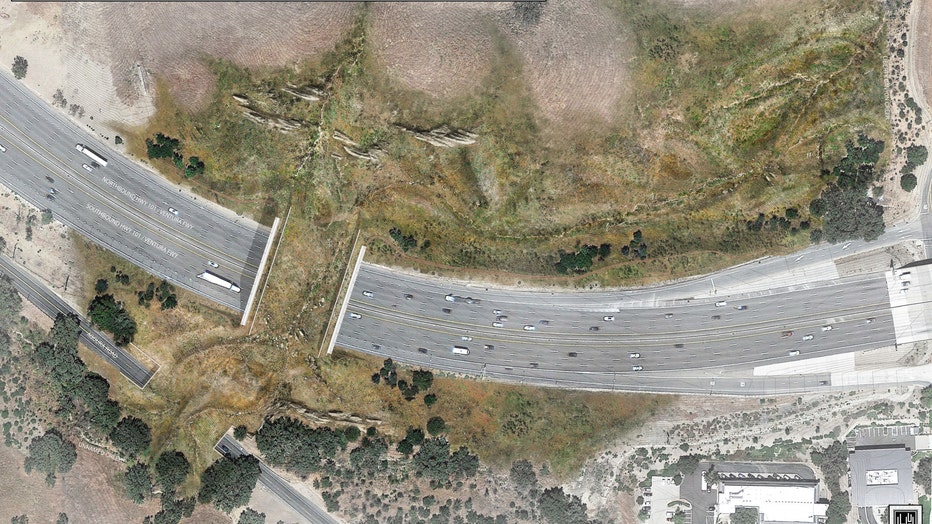 In October, the organization unveiled new renderings of the planned project, as part of the #SaveLACougars campaign. 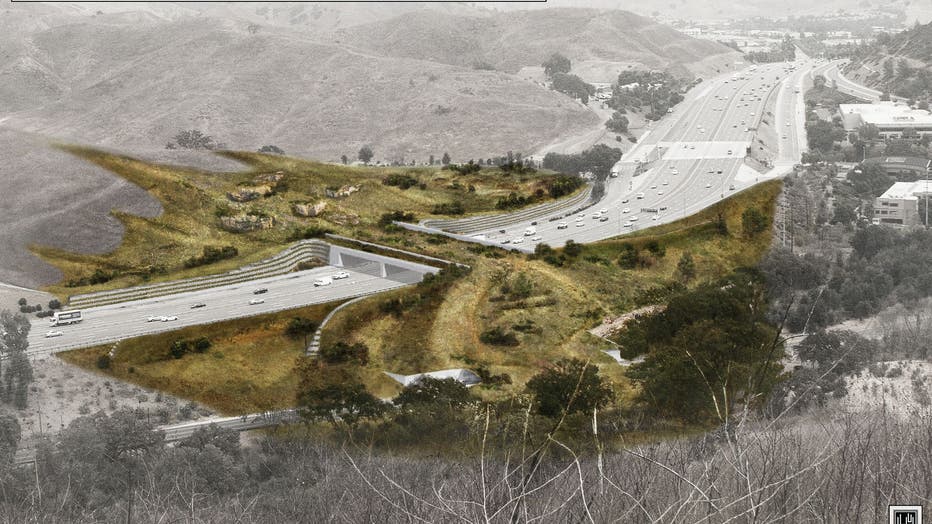 “This crossing will save the local mountain lion population from extinction, stand as a global model for urban wildlife conservation — and show us that it’s possible for a structure of this magnitude to be built in such a densely populated urban area,” said Beth Pratt, California Executive Director for the National Wildlife Federation.

The National Wildlife Federation has been working in partnership with organizations and institutions from the public and private sector, including Caltrans, the National Park Service, the Santa Monica Mountains Conservancy, and Resource Conservation District of the Santa Monica Mountains. To advance the project, a world-renowned design team led by landscape architectural group, Living Habitats LLC recently joined the collaborative effort.

“...we are in a position to not only build the largest crossing in the world, but also the very best,” said Pratt, adding, "We owe it to the mountain lions and all wildlife to ensure their future in the Santa Monica Mountains.” 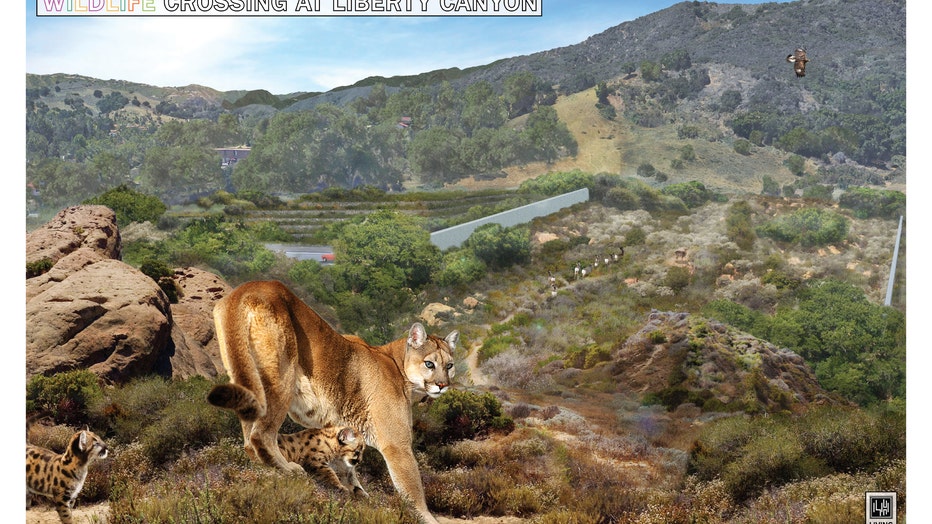 The project is scheduled to break ground next year. Construction is expected to take about two years and cost at least $85 million.