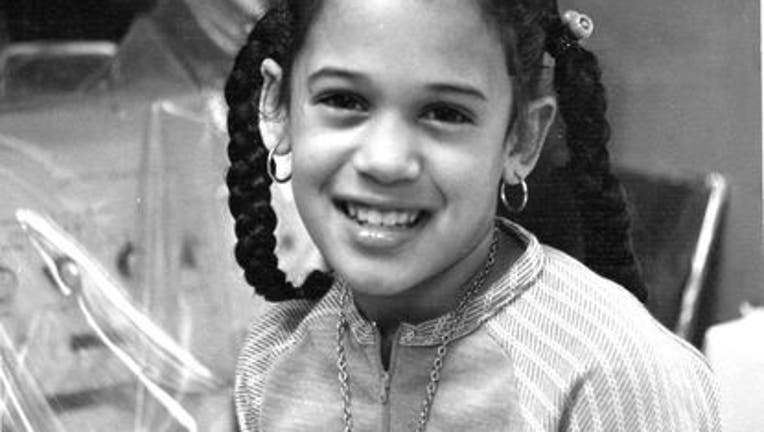 Kamala Harris as a young girl.

BERKELEY, Calif. - An application will not be filed to make U.S. Vice President Kamala Harris' childhood home in Berkeley a historic landmark, the man working on the application said Wednesday.

Steven Finacom, a member of Berkeley's Landmarks Preservation Commission, heard from the property owners Tuesday who are concerned greater attention to the home will disrupt the lives of neighbors.

Finacom said the property owners are part of a family that has been in Berkeley for a long time, and he thinks they place a high value on the connections they have with their neighbors.

"Berkeley does not require owner support for landmark designations, but in this case, and given the tumultuous times, I'm happy to honor the request of the owners and will not pursue submitting the landmark application," Finacom wrote in an email.

Last Friday, City Councilmember Kate Harrison announced a resolution she said the council would consider Tuesday related to the landmarking of Harris's home.

The resolution aimed to clarify that homes like Harris's are eligible for historic landmark status. But Harrison said earlier this week she was withdrawing the resolution after receiving clarification from city staff.

Harris was born in Oakland but spent most of her childhood in Berkeley. She was part of the city's first voluntary school integration process, according to Harrison's office.

Finacom said he will continue his research on the home Harris spent part of her childhood in "because it's a fascinating piece of Berkeley history, dating back to about 1910 and there are stories of other Berkeley families to be told, along with the Gopalan-Harris family."

While it was unclear to some whether Harris's home qualified for Berkeley's historic landmark status, Finacom referenced a city statute that makes it clear.

Under Section 3.24.110 of the Landmarks Preservation Ordinance, structures qualify if they have either educational or historic value.

"History may be social, cultural, economic, political, religious or military," the ordinance says.

Some people have mocked "the idea of recognizing the childhood home of Kamala Harris as a City of Berkeley Landmark," Finacom said.

People "should keep in mind that there are scores of formally designated historic buildings and sites around the country that honor the birthplaces, homes, and other sites associated with past Presidents and Vice-Presidents of the United States, and other notable political figures," he said.

The U.S. Department of the Interior is now considering George W. Bush's home in Midland, Texas, for adoption into the national park system.

"In fact, discussion of this contributes to an important and necessary process of expanding that mainstream to honor and preserve places associated with the lives of People of Color," he said.

Often, those places in Berkeley are very humble "such as small homes, apartment buildings and modest storefronts, usually in the Berkeley flatlands," he said.

Harris's home in Berkeley "is a physically undistinguished and rather ordinary home in far west Berkeley," according to Finacom's email.

"There is as much value in, and as much to learn from, that little stucco rental home where Kamala Harris grew up as there is in Abraham Lincoln's childhood log cabin or Franklin Roosevelt's opulent family estate on the Hudson," he said.