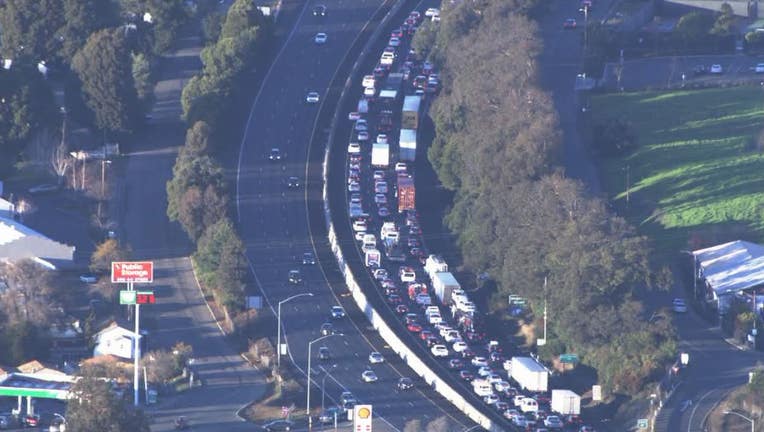 Traffic backup in Vallejo on I-80 at Magazine St. due to police activity.

California Highway Patrol said the lanes reopened just before 6 p.m. after the eastbound lanes had initially closed at 3:17 p.m. That was followed by the closure of the westbound lanes about an hour and a half later.

Skyfox flew to the scene were a man could be seen on the bridge, seemingly in distress. He was surrounded by police.

Vallejo police have not said what prompted the highway closure.