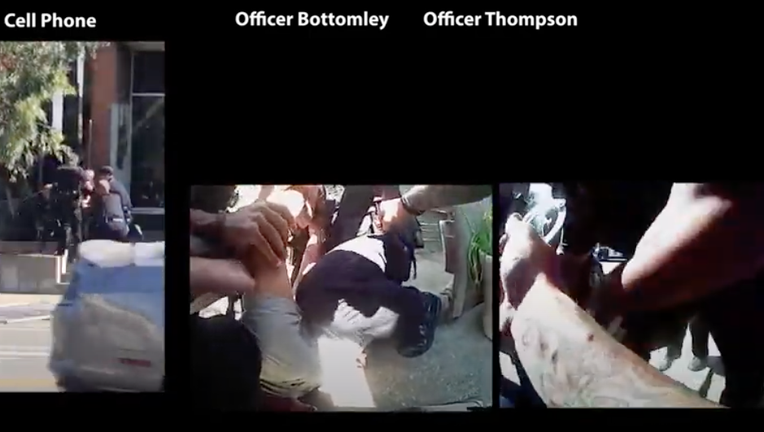 VALLEJO, Calif. - A man who suffered a "brutal, unprovoked police beatdown" received $750,000 from the city of Vallejo, his civil rights attorneys announced on Friday.

Carl Edwards sued in September 2018, alleging he suffered a black eye, a broken nose, and other injuries when several police officers tackled him while he was fixing his fence at 433 Tennessee St. on July 30, 2017.

“This is one of the most brutal, unprovoked police beatdowns I’ve seen in almost 30 years of practice," Edwards attorney, Michael Haddad, said. "Vallejo needs to rein in its violent police officers.”

According to Edwards’ lawsuit, the police were in Edwards' neighborhood after someone called 911 call that a man in black jeans and a white tank top was shooting rocks from a slingshot at her boys.

Edwards told the officers he didn't do anything, but they continued to struggle with him. A neighbor also told police that Edwards was not the suspect, but rather a guy "across the street" was. Still, officers put Edwards in a carotid hold until he passed out, the suit states. He woke up to officers beating him, according to the suit. One of the officers sat on his neck.

Witness Paul Gandhi, stood across the street and took cell phone video because he thought the officers were going to kill Edwards.  Gandhi testified officers beat Edwards like he was a "hard-core criminal."

Edwards was originally charged with multiple felonies after police claimed he assaulted children as well as officers with the slingshot.  However, after 14 months, all charges were dismissed for “lack of sufficient evidence.”

Haddad's office released some video of the beating, but not the moments that led up to it. 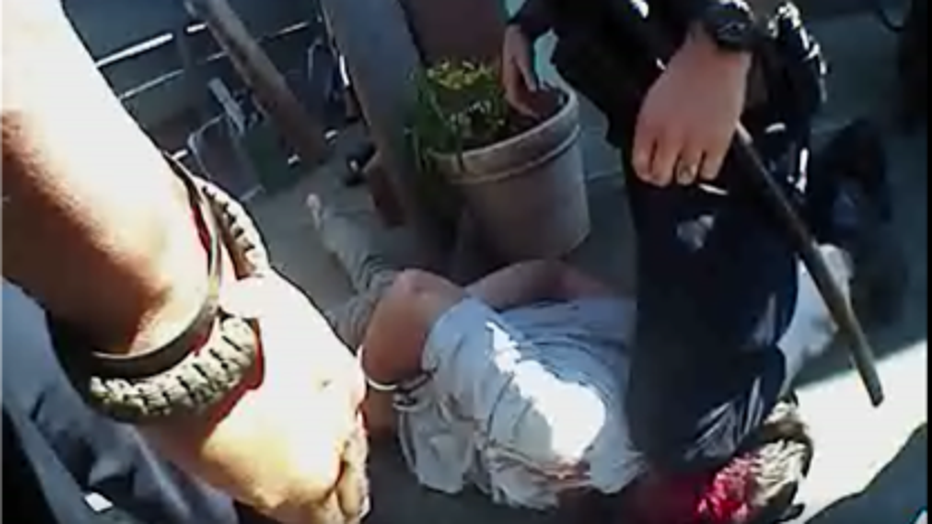 Representatives from the police department and the police union did not immediately respond for comment on Friday.

The settlement is with the city, the police department, and officers Spencer Muniz-Bottomley, Mark Thompson, Bret Wagoner, and Lt. Steve Darden.  Haddad released an edited video of the beating, but not much of what led up to it.

The Vallejo Police Department is currently under review by the California Department of Justice for its pattern of questionable and unlawful police shootings and use-of-force incidents.

Haddad said 60 excessive force claims were filed against VPD officers between 2014 and 2019, a "staggering amount" in a city with a population of only 122,000.

And a recent investigation by the news organization Open Vallejo exposed the department for turning a blind eye to officers who bent the tips of their badges and celebrated with barbecues to commemorate when they killed someone.

Two of the officers in Edwards' case, Thompson and Darden, were implicated in the badge bending scandal.  Darden was promoted to lieutenant in February; Bottomley is now a Sonoma County sheriff’s deputy, Haddad's office said.

Edwards has since moved away from Vallejo.