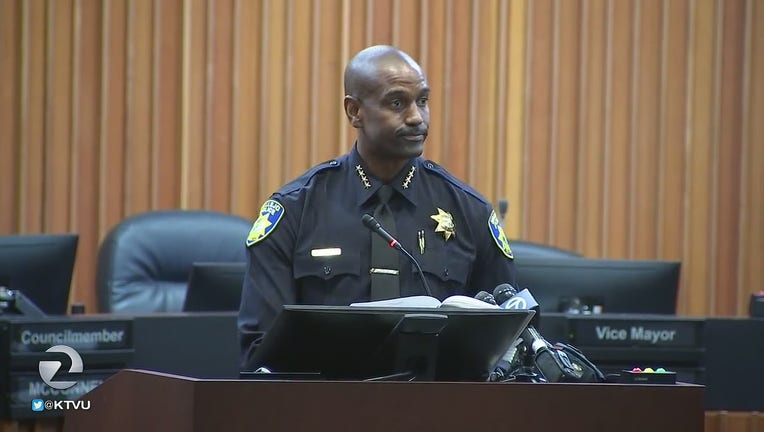 VALLEJO, Calif. - Vallejo Police Chief Shawny Williams on Friday launched a third-party investigation of allegations that some officers "bent badges" to mark each time they shot and killed someone while on duty.

Williams had ordered an inquiry and review earlier this week after an independent news organization uncovered a "secretive clique" within the department and issued their report on Tuesday.

“We’ve received statements from two different sources within the Vallejo Police Department that badge bending has occurred. As a result of these very troubling and disturbing allegations, I’ve asked for an independent outside investigation to be completed by a third party,” Williams said.

Vallejo police said the independent investigation will begin as early as next week and will take several months to complete.

The police chief told KTVU earlier this week that celebrating the killing of a human being is never acceptable and that he was deeply disturbed by these allegations.