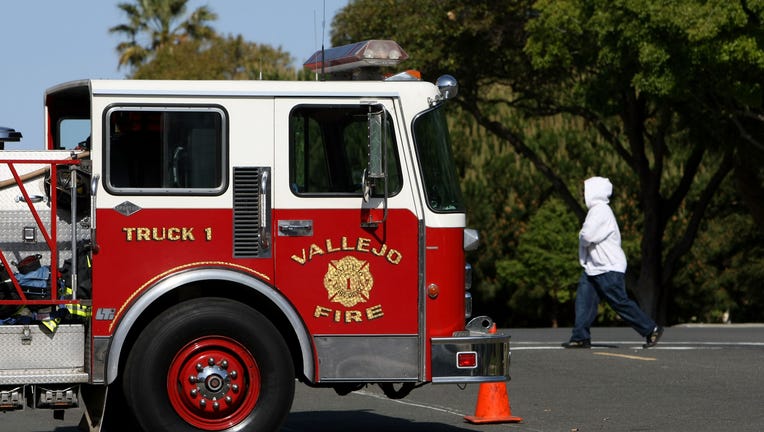 VALLEJO, CA - MAY 07: A man walks by a Vallejo Fire Department fire truck May 7, 2008 in Vallejo, California. The Vallejo, California City Council voted overwhelmingly on Tuesday night for the city to file for Chapter 9 bankruptcy protection as the c

VALLEJO, Calif. - Vallejo has suspended a weeks-old program in which it charged a $395 fee to people who had received medical care from city firefighters.

The fee was adopted in May 2017 by a City Council looking for ways to recoup costs, but not implemented until this August.

Officials said in a Friday statement that once the billing program was rolled out last month "it was immediately brought to the city's attention that the courtesy notices sent to patients were confusing."

The notices, intended to inform people that their insurers would be billed for the medical services they'd received, instead appeared as if they were bills, the statement said.

A new letter from a billing agency, Wittman, will go out to all patients who have received care from Vallejo firefighters since the program started, the statement  said. The letter will request information about the patient's insurance company, and the insurer will be billed, as was always the intention. People without insurance should notify the billing agency of that.

Patients are not responsible for any part of the fee, the city said, and refunds are to be paid out in the next several weeks to anyone who paid it.