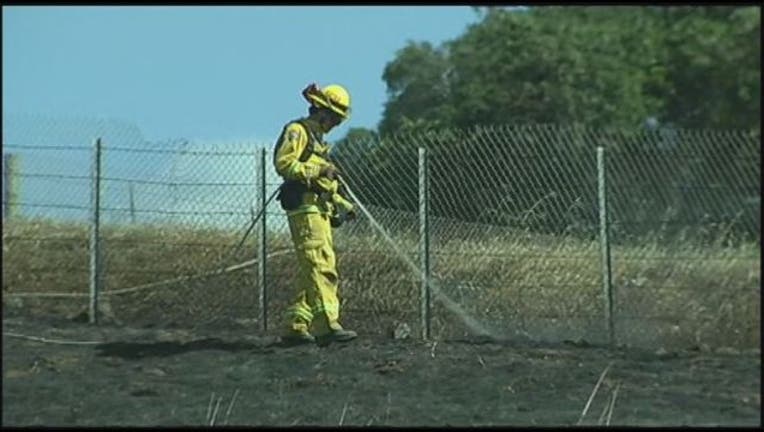 San Jose, Calif. (KTVU/BCN Wires)- A wildfire near San Jose Sunday afternoon has so far consumed roughly 81 acres of vegetation and was still burning this evening, according to Cal Fire Capt. John Korupp.

Firefighters responded around 1:30 p.m. to an area southwest of McKean Road and Whispering Oaks Drive. Roughly 100 firefighters, including a three-alarm response from the San Jose Fire Department, were called to battle the blaze.

As of around 6:30 p.m., Korupp said the fire was roughly 80 percent contained. No structures have been threatened and no injuries were reported,

The cause of the fire is currently under investigation.