SANTA CRUZ, Calif. - A firefighter who helped protect homes from one wildfire came home to find his own home burned by another blaze.

David Serna, 49,  is a firefighter with the Presidio of Monterey Fire Department.

Hours after the August 16 dry lightning storm started, Serna was deployed to the River Fire in Monterey County.

Among other duties, he was assigned to protect homes from the flames for a day and a half before he heard his own home was in danger.

"About 3 a.m. morning, I got a call from my wife saying they had been evacuated," he said.

What the veteran firefighter didn't know was that as he was protecting the homes of strangers, his own home that he rents in the Swanton area of Santa Cruz County with his wife, would burn to the ground in the CZU Lightning Complex Fire.

"I wanted to get up to the house and see what was left. Got up there and nothing. It was all gone," said Serna.

After surveying the rubble, the couple found a few mementos had survived including a metal heart-shaped decoration from their wedding day. 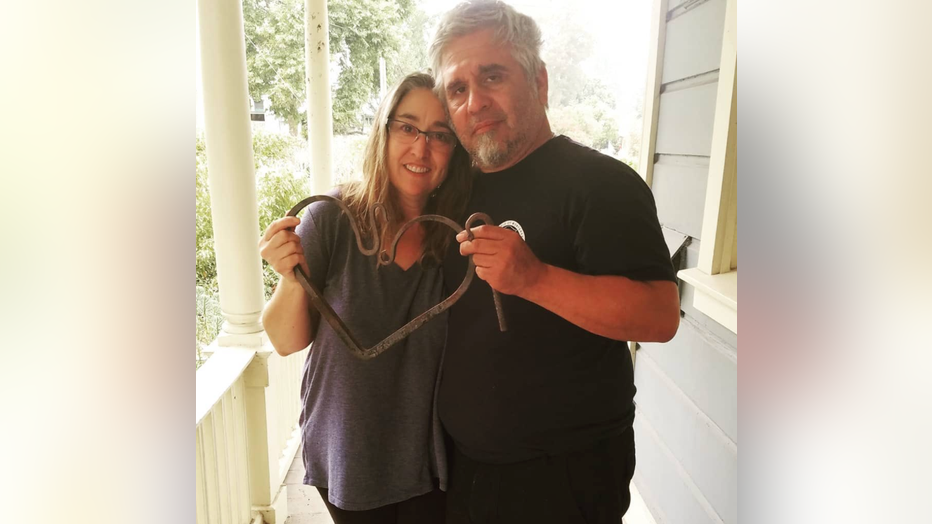 "All the years that I fought fires and seeing this type of destruction in other places," reflected Serna. "But when it hits that close to home, it becomes almost unbelievable."

One week later, the road home is still covered with downed trees and lines.

In the same neighborhood, Cal Poly's Swanton Pacific Ranch burned and another home was destroyed while the neighboring shed still stands.

Not one to be idle, Serna is spending his time helping others.

KTVU caught up with him on Tuesday while he was preparing to deliver supplies such as gas and food to neighbors.

He expects to return to work by the end of the week.

A second generation San Jose firefighter now knows what it's like to have battled fire and to be a wildfire victim. He purchased his home in Bonny Doon last year, but the CZU Lightning Complex wildfire has destroyed it.

"I know I'm not the only one who's lost my home and everything else, but the amount of support that I'm receiving and continue to receive is just amazing," said Serna.

While some wildlife evacuees have started to return to the area, David and his wife Gina are not planning to.

They have been offered housing in Fort Ord in the Monterey area and expect to move in as soon as next week.