Four San Pablo police officers shot and killed a man who allegedly held a pellet gun and turned toward officers who had pulled him over on Wednesday, police said.

SAN PABLO, Calif. - Surveillance video from a San Pablo grocery store shows a man stumbling by his truck in a parking lot and holding what appears to be a gun in his hand shortly before officers ended up pulling him over and shooting him when they say he refused to drop what was in his hand.

The man died on the way to the hospital. The Contra Costa County coroner on Thursday had not identified the man, though police said he was a 45-year-old San Pablo resident.

The video was obtained by KTVU on Thursday and does not show the officers telling the man to drop the weapon, or the man approaching police on Wednesday about 2:30 p.m. San Pablo police say they will release body camera video as the law dictates.

Surveillance video from a San Pablo grocery store shows a man stumbling by his truck in a parking lot and holding what appears to be an Airsoft gun in his hand shortly before officers ended up catching up with him, and killing him when they say he refused to drop what was in his hand. Allie Rasmus reports

The surveillance video does show the man exiting a red Toyota Tacoma pickup in the parking lot of Evergreen Produce in San Pablo, leaning against the truck and at one point, raising his right arm with something in his hand that police later said was a pellet gun. The man raises his arm in the parking lot at times. The store owner told KTVU he saw a worker taking out the trash and beckoned for her to come to him. She ran away instead.

The man, who was wearing bright orange sneakers and black pants, eventually drove off in his red truck. 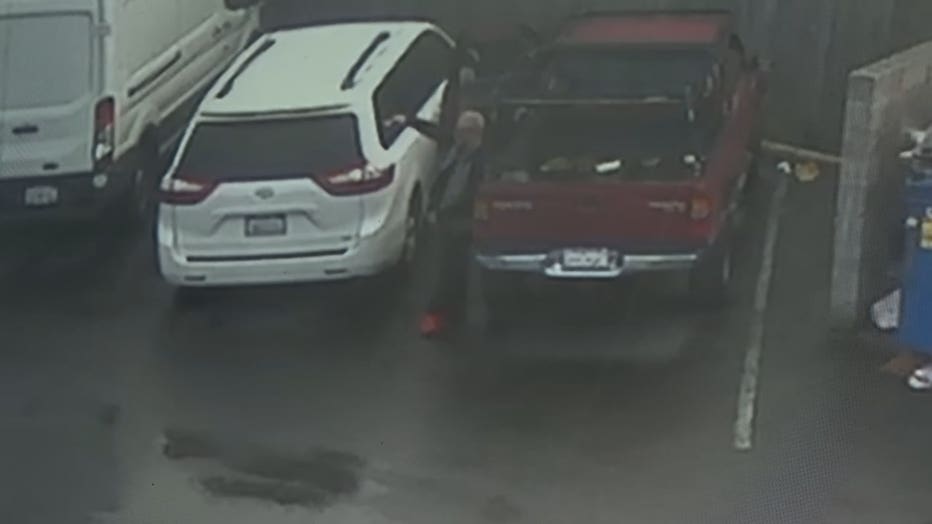 Surveillance video shows a man holding what appears to be an Airsoft gun in San Pablo at Evergreen Produce. Dec. 15, 2021

But his actions had worried the clerk at Evergreen Produce.

Employee Moad Harvi called police to report that a man had been walking around his lot with what appeared to be a gun. That call prompted police to follow the man to North Richmond, where they ultimately shot him on Market Avenue and Fred Jackson Way, because they said he didn't comply with their orders to drop the weapon.

"He was walking with it in his hand," Marvi said. "He would kind of remove the clip, put it back in. He would cock it several times." 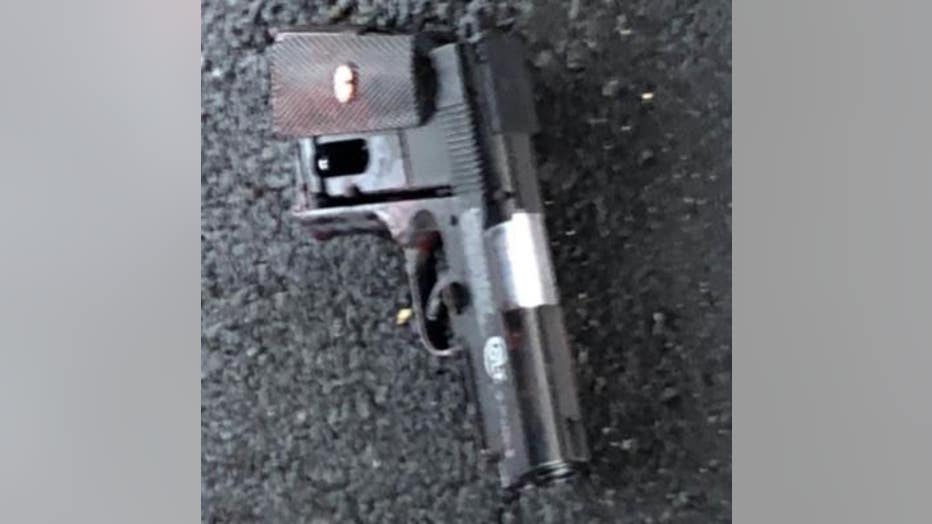 Photo of the pellet gun located at the scene.

Harvi said the man was also carrying a bottle of liquor.

"He was drunk," said Harvi. "He was going through several emotions. The guy didn’t look like he was all there."

San Pablo police Capt. Brian Bubar said the man eventually got out of his truck and that the weapon in his hand "looked exactly like a real firearm.

"He was holding it in his hand and manipulating it and mimicked as if he was pulling the slide back on the firearm while facing the officers," Bubar said.

Bubar said the man would not put his hands up, and he would not drop the weapon after being ordered to repeatedly.  No video of this encounter has been released at this point.

Authorities said at one point during the encounter the suspect had mimicked the motion of racking the slide of a firearm, as if making it ready to shoot.

"The man then pulled the gun to his chest and turned towards officers," the San Pablo Police Department said in a news release.

Four officers opened fire, striking the man. Officers immediately retrieved his gun. They initially thought it was an airsoft gun capable of firing plastic projectiles. But a closer examination alter determined that it was a pellet gun, which fires metal ball bearings and is considered a potential deadly weapon by the state.

As such, the state Department of Justice is no longer investigating the shooting. Instead, it is being probed by the Contra Costa County district attorney's office for any potential criminal liability by the officers.

"Any time officers are involved in an incident like it’s a tragedy and it’s unfortunate," Bubar said.

The man allegedly told a witness that he would force officers to kill him. The man also said "goodbye" to relatives earlier in the day, authorities said.