SAN FRANCISCO - The San Francisco Pride parade has returned after a three-year absence.

Many who gathered said they are walking with additional passion to support the LGBTQ community given the recent rulings from the Supreme Court. Some in the gay community say they feel like their legal rights may be threatened next.

Pride events this weekend have been a mix of celebration and protest. 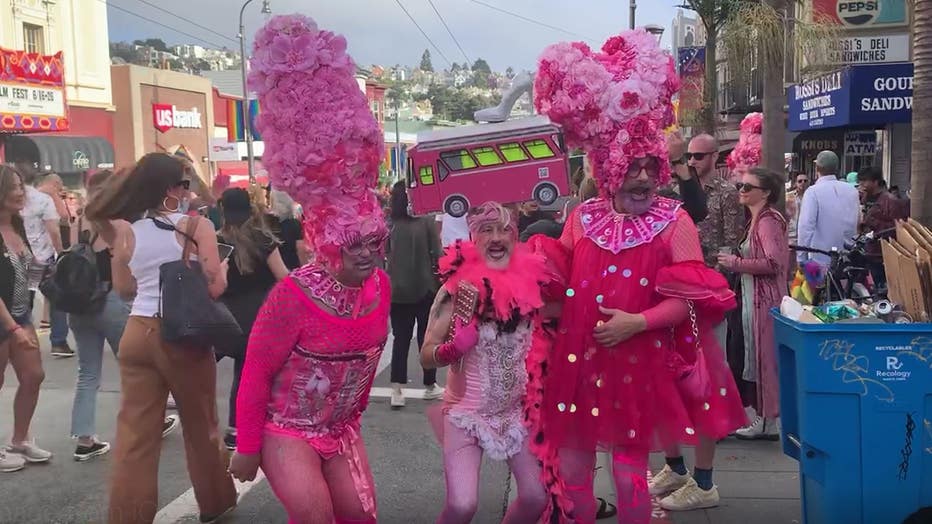 Michelle Myers moved to the Bay Area from Florida two years ago and attended Pride weekend to celebrate diversity.

"It’s so warm and welcoming," said Myers. "It’s just a wonderful place to see all different people. I mean, I can't get over just how much color and fun and different types of people. It’s just a great place to be."

"I love seeing those who come in a costume," said Tiffany Young. "I call it Halloween in the summer because you never know what you’ll see. It’s never a dull moment. I’ve always loved the festival."

A 4.1-mile-long laser beam Rainbow flag with bright colors shined across San Francisco over the weekend symbolizing inclusivity and human rights throughout the city.

The 49-foot width flag that consists of six colored laser beams stretched from the Ferry Building and shot horizontally above Market Street, overtaking Twin Peaks in the distance. 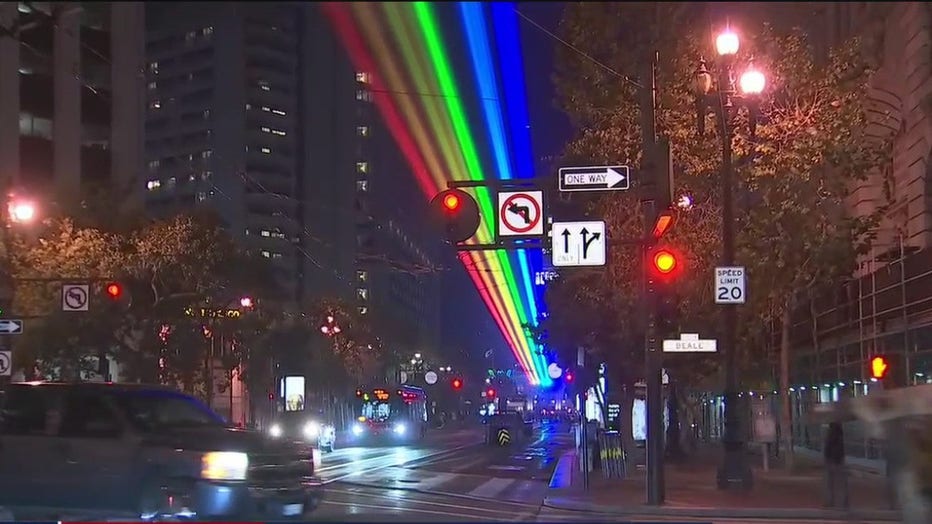 Rainbow laser has been shining throughout San Francisco this weekend.

Throughout the weekend, several protest marches moved up and down Market Street.

"It’s crazy how both days collided like that," said Moe Martinez, a San Jose resident who came to the city for an abortion protest.

"It’s very serious," said Martinez. "It’s honestly kind of scary. A lot of people are actually getting their passports renewed because of this issue."