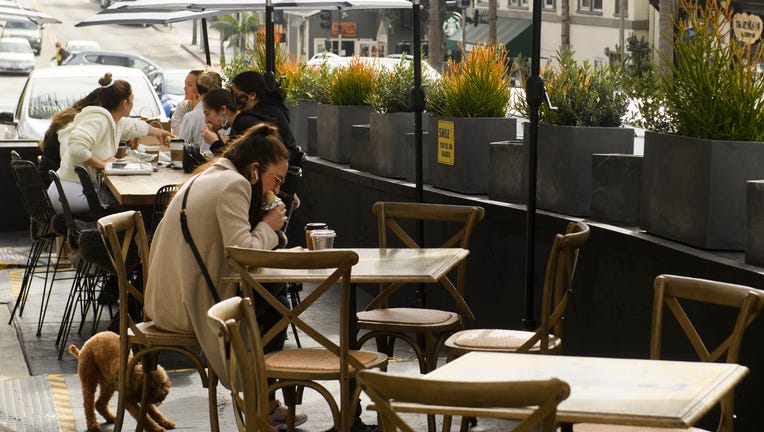 The city launched the Walnut Creek Rebound program in May 2020 in an effort to support local businesses in the early days of the COVID-19 pandemic when indoor dining was still prohibited.

Since then, the city has extended the program in six-month increments, allowing restaurants to maintain their outdoor dining spaces in areas like former street parking spaces.

The council last approved a Rebound extension in November, which would keep the program in place through June.

"We're now approaching that June timeframe," said Jeanine Cavalli, a senior planner with the city. "And we understand that the City Council has an interest in continuing to assist our businesses by allowing them to continue to operate outdoors while COVID is still ongoing."

New legislation in California will allow restaurants and bars to continue serving alcoholic drinks to go for years while also making some parklets permanent spaces for restaurants to serve customers.

While the program has drawn widespread support from local businesses and from residents -- in a survey last summer, 82 percent of residents wanted to make the outdoor dining parklets permanent -- some businesses have argued that the current parklets can obstruct their storefronts.

The city received a letter this week from a law firm representing Vitality Bowls, a cafe on Locust Street, calling for an end to the Rebound program because tented parklets operated by the cafe's neighboring restaurants, Limon and Broderick Roadhouse, partially block Vitality Bowls.

Scott Jenny, an attorney with the law firm Jenny and Jenny representing Vitality Bowls, argued that the cafe is the chain's only location that did not perform well financially during 2021 and that no other Vitality Bowls location has been obstructed by outdoor dining spaces.

"The Rebound Program is selecting and promoting Limon and Broderick Roadhouse, and is financially destroying this Vitality Bowls location," Jenny said.

Jenny also threatened legal action if the city extended Rebound, arguing in the letter that the city is violating the cafe's due process under the Fifth Amendment and that "Vitality Bowls has a legal right to the street system and a legal right to a view of its business by the traveling public."

City Attorney Steve Mattas told the council Tuesday that the city is attempting to address Vitality Bowls' concerns and similar issues in its permanent extension of the outdoor dining program.

Mattas also argued that Walnut Creek has followed proper legal and due process procedures in implementing Rebound and the city can alter the city's street system as it sees fit.

"While we all use the streets, the streets are actually owned by the city," Mattas said. "The city can decide how they wish to use the streets and businesses that are adjacent to a street don't have a property interest in the street itself."

Assistant City Manager Teri Kilgore also said that the city has a history of working with local businesses to realign their operating space to ensure they are not blocking adjacent businesses.

The council plans to consider a long-term outdoor dining program at its June 21 meeting, which would be implemented over the next year if approved.