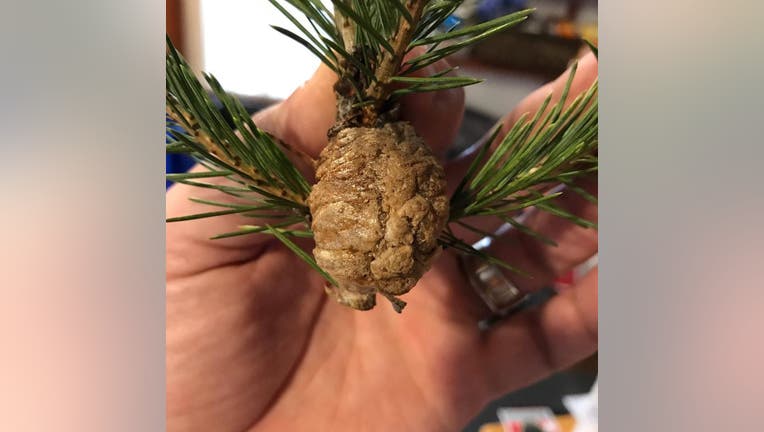 A mass that reportedly contains hundreds of praying mantis eggs

OHIO - Officials in one Ohio county are asking people to be on the lookout for a mass that may look like a pine cone, but actually contains something else.

According to officials in Erie County, people who see a walnut-sized egg mass on their Christmas tree should immediately clip the branch and put it in their garden, because the mass is actually holding the eggs of praying mantises.

Officials estimate the mass featured in one photo could be harboring 100 to 200 praying mantis eggs.

"Don’t bring them inside. They will hatch and starve!" read the post.

Creepy thoughts aside, praying mantises can actually help with pest problems inside a home. According to National Geographic, praying mantises eat moths, crickets, grasshoppers, flies and other insects. They sometimes also eat others of their own kind.

This story was reported on in Phoenix