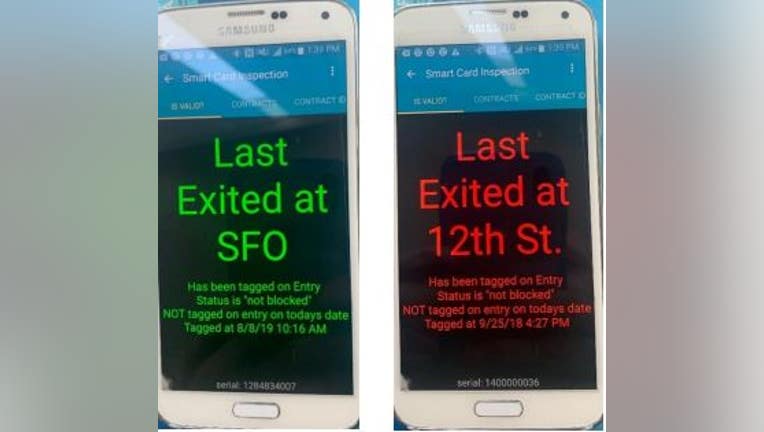 BART wants to test a new software program allowing Clipper card riders to jump ahead in line at SFO.

SAN FRANCISCO - Lines waiting to board a flight at San Francisco International Airport are long enough.

So BART has come up with what it thinks is a win-win proposal: Incentivize riders to take public transit to SFO by proving they took BART to the airport, and in return, riders get to jump ahead in line, sort of like a Disney FassPass, as they wait to be screened by TSA agents.

BART  has its highest airport ridership in 2013, Allison said. But after the airport allowed Uber and Lyft drivers to wait at the terminals, ridership numbers plummeted, he said. From 2017 to 2018, there was a 10 percent decrease in ridership numbers alone, he said.

The plan would work like this: Employees would stand at the airport, scanning Clipper cards and BART mobile apps on riders phones to prove they took BART to SFO. If they did, they get to head to a shorter line before getting screened. It would be called Trip Verification Technology.

If the idea is approved, Allison said that many of the details will have to be worked out, such as: Will the airport give employees space to scan the Clipper cards, and where will the shorter lines be placed?

A similar idea, only with paper tickets, is already being used between the bus service called the Logan Express and Boston Logan Airport. Jennifer Mehigan, spokeswoman for the Massachusetts Port Authority, said the program has been working well since they started on May 1. Riders who took the Logan Express from downtown and four suburban locations to the airport got  a reduced fare -- $3 to the airport and the ride back to downtown free -- as well as going to the head of the security checkpoint line when they arrive at Logan. Since the program started, total ridership for the downtown trips alone doubled from 55, 500 during the same time last year to about 125,000 currently.

Mehigan said the program is working so well that the incentive program was recently added to riders who take water ferries and water taxis to the airport.