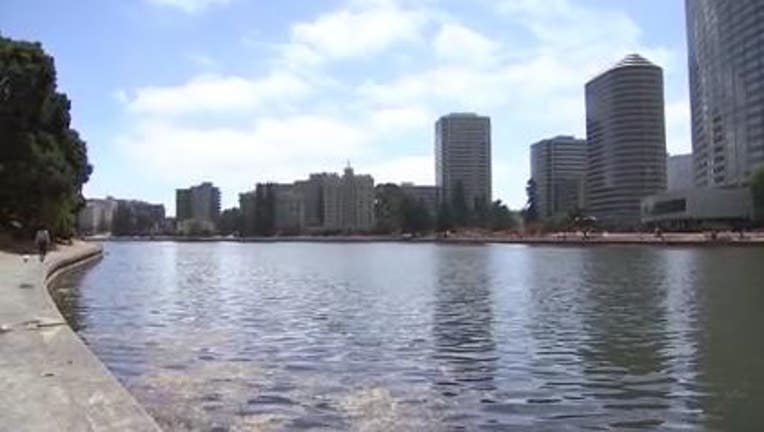 OAKLAND, Calif. - Visitors to Lake Merritt were being warned to be careful when near the water, especially with pets and young children, as the water was being tested for possible toxic algae bloom.

Last week city officials received a report of brownish red water near the 1200 to 1400 blocks of Lakeshore Avenue, an area that tested positive for contaminants associated with harmful algal bloom last spring.

Known as cyanobacteria bloom, the organisms can produce toxins that are harmful to humans and animals.

"Current research suggests that the rising temperatures and changing precipitation patterns caused by climate change are a catalyst for their growth," OPW said.

The department said residents can help minimize the potential for the toxic algae blooms by refraining from over-watering lawns to prevent excess nutrients from entering waterways.

The city also urged people not to litter. "Littering, especially food and food containers, may contribute nutrients to the Lake that feed these harmful algal blooms," public works officials said.

Not all algal blooms are harmful, and OPW did note that algae is a normal and regularly occurring organism in Lake Merritt.

The city said it would be updating the public on the findings of the water testing. You can find the latest information here. 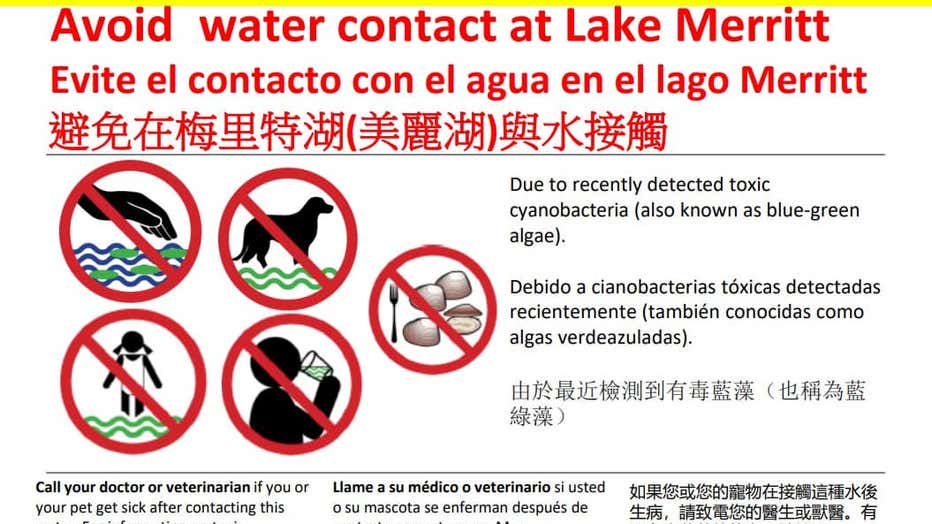