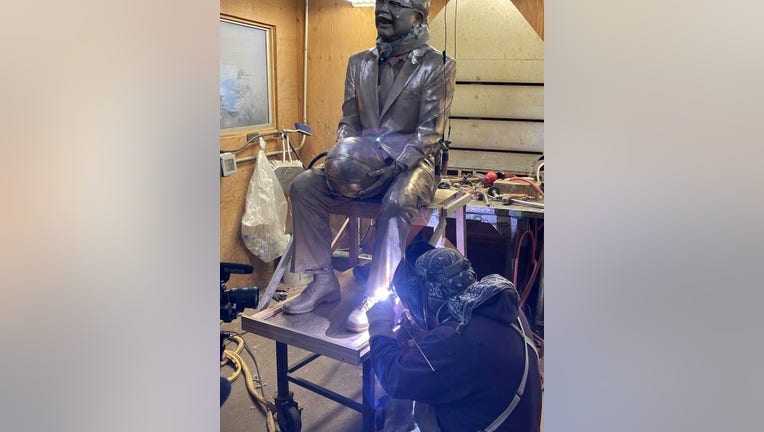 SAN FRANCISCO - The Golden State Warriors this week planned to honor late San Francisco Mayor Ed Lee with a memorial statue at the Chase Center, which he characterized as his "legacy project" before his untimely death in 2017. 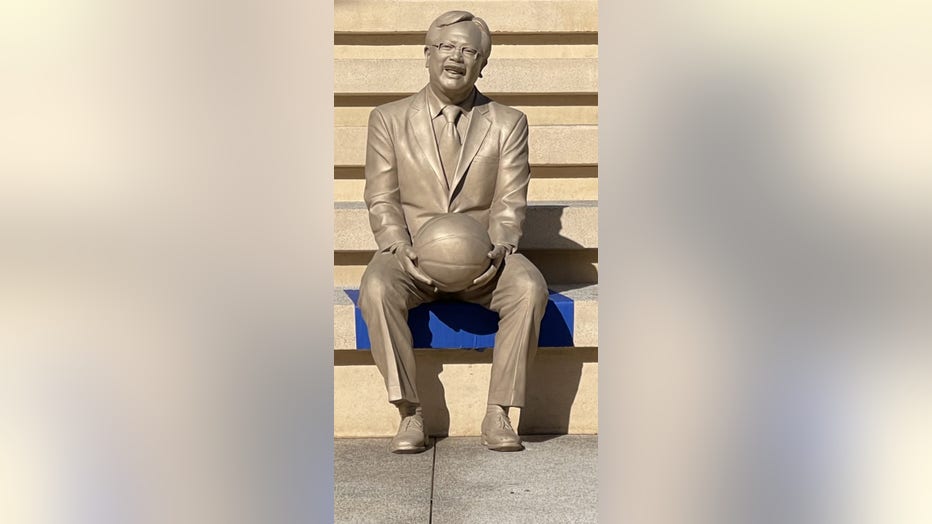 Statue of late San Francisco Mayor Ed Lee to be unveiled at Chase Center on Thursday, May 5, 2022. (Jonah Hendrickson)

On Thursday, the team will unveil a glimmering bronze statue of Lee that will go up outside the arena at the Gatehouse in Chases's Thrive City.

The sculpture depicts a smiling, jovial looking Lee, head tilted slight upward, in a sitting position with a basketball in his hands. 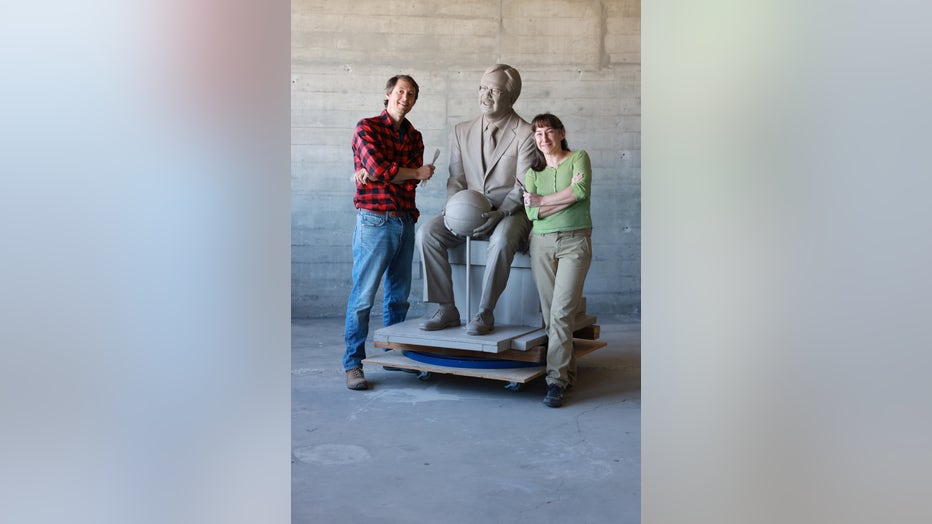 Oakland artists Jonah Hendrickson and Deborah Samia created a bronze statue of the late San Francisco Mayor Ed Lee, to be unveiled outside Chase Center on Thursday, May 5, 2022. (Jonah Hendrickson) 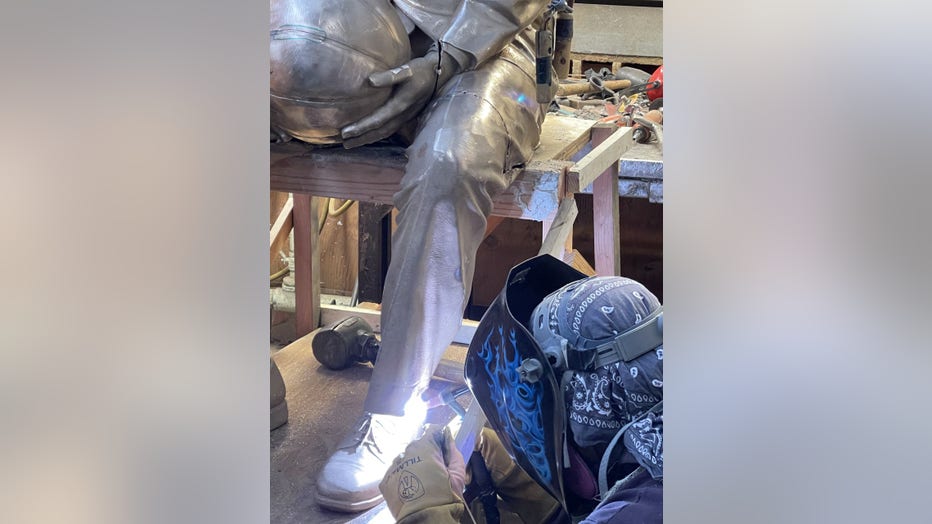 Bronze statue of late SF Mayor Ed Lee being created to be installed outside the Chase Center. (Jonah Hendrickson)

The statue will be unveiled on what would have been the San Francisco mayor's 70th birthday.

Lee, who played an integral role in San Francisco’s efforts to bring the Warriors to the city, never got to see the $1.4 billion dollar arena project in its completion. Chase opened less than two years after his unexpected death from a heart attack.

As the team prepared to pay tribute to a champion and driving force of the project, it celebrated Lee for his far-reaching accomplishments as a civic leader. 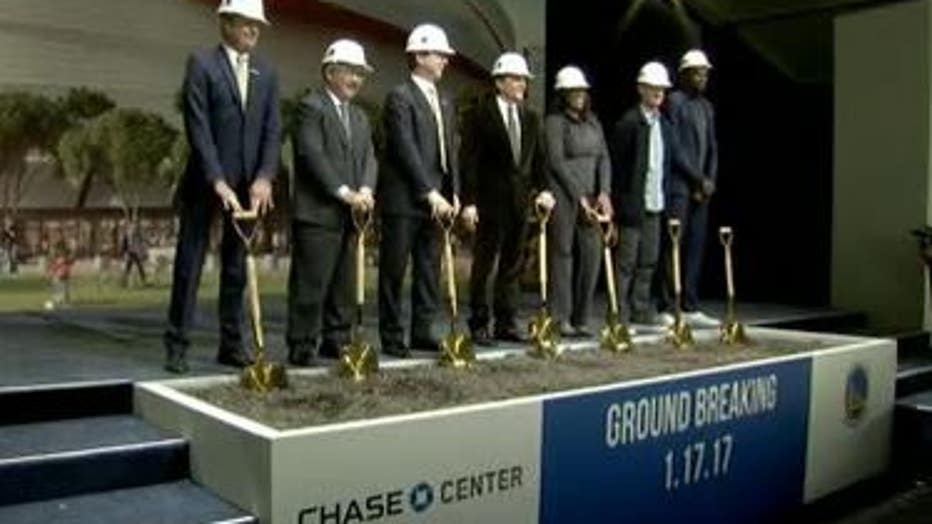 The late San Francisco Mayor Ed Lee seen second from the left at the groundbreaking ceremony for the Chase Center in San Francisco on Jan. 17, 2017.

"He focused on creating jobs, building housing, caring for the homeless, and addressing the City’s long-term infrastructure," the Warriors said in a news release.

SEE ALSO: Warriors move on to Round 2 in playoffs: Fans are ecstatic

It was noted that the mayor left behind a celebrated new arena for the team he loved and an enduring mark on his city. "Mayor Lee’s self-described legacy project was building a new, state-of-the-art home in San Francisco for his beloved Golden State Warriors."

The Warriors planned to hold its unveiling ceremony at 1:30 p.m. on Thursday at the Gatehouse. Former Warriors President and Chief Operating Officer Rick Welts and Mayor London Breed were expected to be on hand for the event.