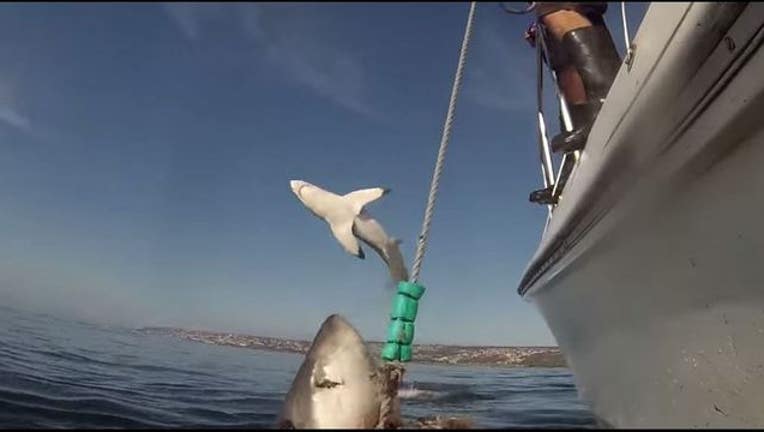 (FOX 11) - A shark photobombed another shark, and you have to see it to believe it.

Video posted July 6 to YouTube shows the GoPro camera on a great white shark up-close, when suddenly a really excited friend jumps out of the water in the background.

Six divers were in a cage underwater during the surprising moment.

"Sometimes sharks will jump to get out of each other's way, but there were no sharks below this one," Abbott said.

Since there wasn't bait in the water around the sharks, Abbott said it was a breach for "no apparent reason."