Over 100 crashes on Wyoming roads amid heavy snow

Wyoming Highway Patrol released footage showing the hazardous conditions. The patrol said that troopers had responded to over 787 calls for service, 196 motorists assist, and 104 crashes in just 12 hours.

CHEYENNE, Wyo. - One look at this video, and you might think this Wyoming trooper made a wrong turn and ended up in Antarctica.

That wasn't the case, but one might disagree after Wednesday's wild weather day in southeastern Wyoming.

A dangerous blizzard has begun its intensification into a soon-to-be bomb cyclone Thursday as it wallops the Midwest and Great Lakes, with damaging winds also eyeing the East Coast and contributing to a travel nightmare for millions ahead of the Christmas holiday weekend. 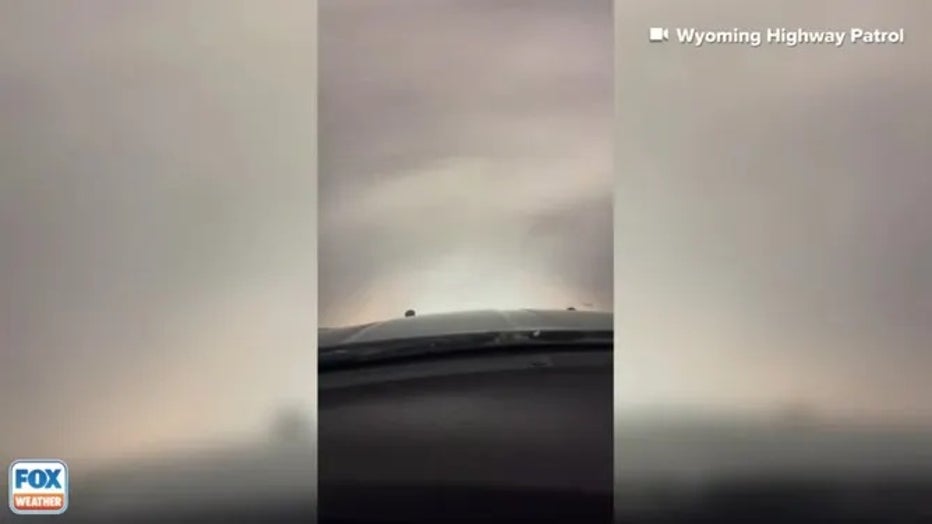 The Wyoming Highway Patrol said troopers responded to over 787 calls for service, 196 motorists assists and 104 crashes in 12 hours as heavy snow bands led to near-zero visibility. The patrol released footage showing the hazardous conditions as the storm pushed across southeastern portions of the state and into the Nebraska Panhandle.

"Full tank of gas, supplies, blankets, food and a car kit all make the difference in situations like these," the NWS in Cheyenne said.

Is there any end in sight for this cold air lingering in Wyoming? The answer is yes, but you will have to stick it out for two more days of cold weather.

"Luckily, by the weekend, and just in time for Christmas, temperatures will be back into the upper 30s and 40s," the NWS said.

LINK: Get updates and more on the Christmas weekend storm at foxweather.com.