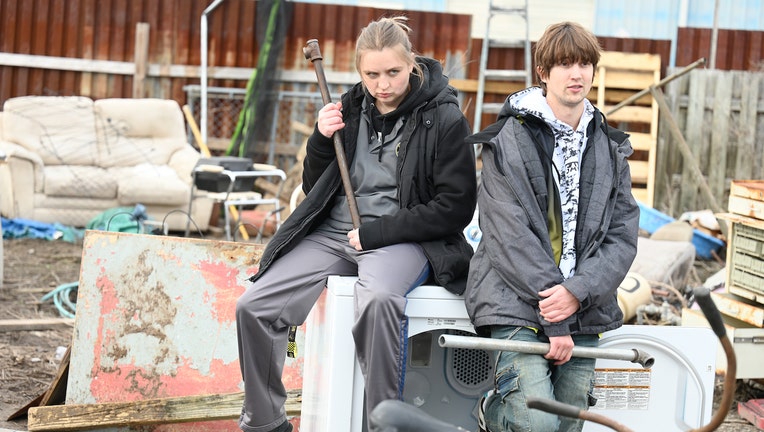 Chicago - Welcome back to "Welcome to Flatch" recaps! In this week’s episode, "Dinners, Dresses and Dumps," Kelly plans a special dinner when her dad comes home. Meanwhile, Shrub and Beth start spending a lot of time together and Cheryl breaks out her lucky dress for a date with Jimmy. Just starting the show? Here’s our recap of the premiere. Ready to binge? The first eight episodes are streaming on Hulu.

Welcome to Big Stuff Friday! That’s what the residents of Flatch call the day when the church helps people dispose of their big items down at the local dump. But it’s the show’s characters who are down in the dumps this week, as things get complicated on several different relationship fronts.

So grab your favorite junk yard treasure and settle in as we recap "Dinners, Dresses and Dumps." 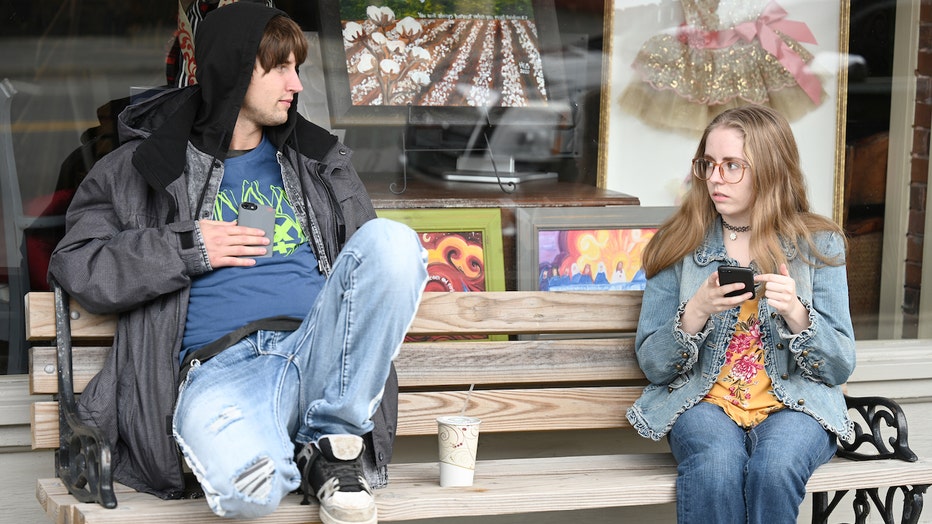 It’s a bit of a "be careful what you wish for" situation on this week's "Flatch." Though lovably aimless Shrub Mallet (Sam Straley) insists that his new girlfriend Beth (Erin Bowles) is like his "dream girl" and his "fantasy girl" rolled into one, it turns out she's also a little bit clingy. And the newly coupled up Mallet is struggling with how to maintain at least some sense of independence while dating a girl whose ideal day is keeping up a non-stop text conversation — even when they're literally sitting next to each other.

Shrub’s cousin Kelly (Holmes), meanwhile, is feeling left out now that her best friend is busy with his new girlfriend. Initially, at least, it seems like that’s going to be the big conflict of the episode. But "Dinners, Dresses and Dumps" takes a hard left swerve when Kelly comes home to find her flaky dad Bobby (Jason MacDonald) reuniting her with mom upstairs.

"I always knew he’d come back," she excitedly tells the camera as she flips through old scrapbooks and explains that Bobby left home about a year ago after he got his girlfriend pregnant. Yet as "Flatch" keeps drilling home, Kelly’s dad isn’t actually the great guy she makes him out to be. 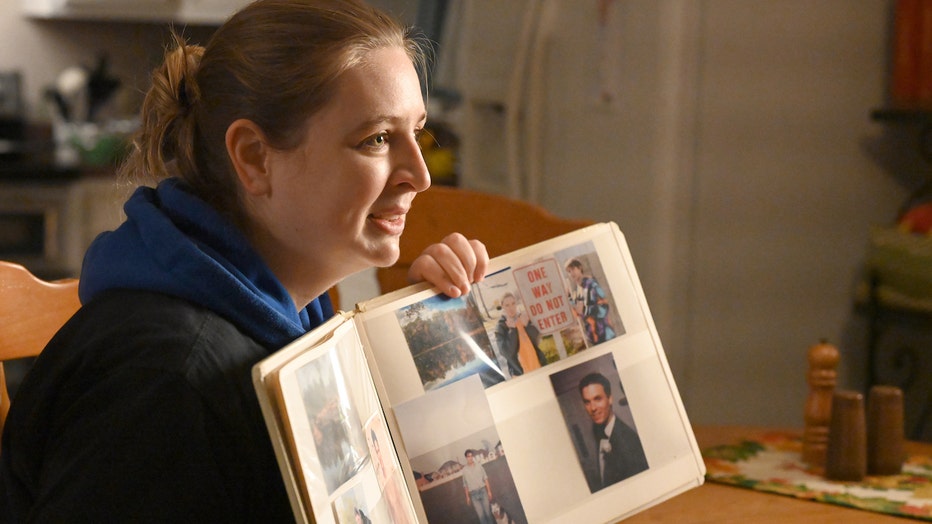 Indeed, as in the fourth episode "Naked Lady Day," "Welcome to Flatch" isn’t afraid to lean into a more bittersweet tone when it comes to Kelly’s dysfunctional relationship with her dad. There’s a particularly heartbreaking sequence where she plans a perfect family dinner of his favorite takeout ribs only to watch him grab a plate and eat upstairs without her.

The other big throughline of this episode belongs to Cheryl (Aya Cash), who’s struggling to figure out the exact nature of her relationship with her new beau Jimmy (Desmin Borges). Cheryl hopes he’ll finally ask her to be his girlfriend after she shows up to their eighth date in the dress — a sequined navy blue number that inspired her ex Joe (Seann William Scott) to confess his love back when they started dating. Unfortunately, that plan winds up backfiring when Jimmy fails to pop the question and Cheryl ends up stuck in the dress after spending the night at his house. 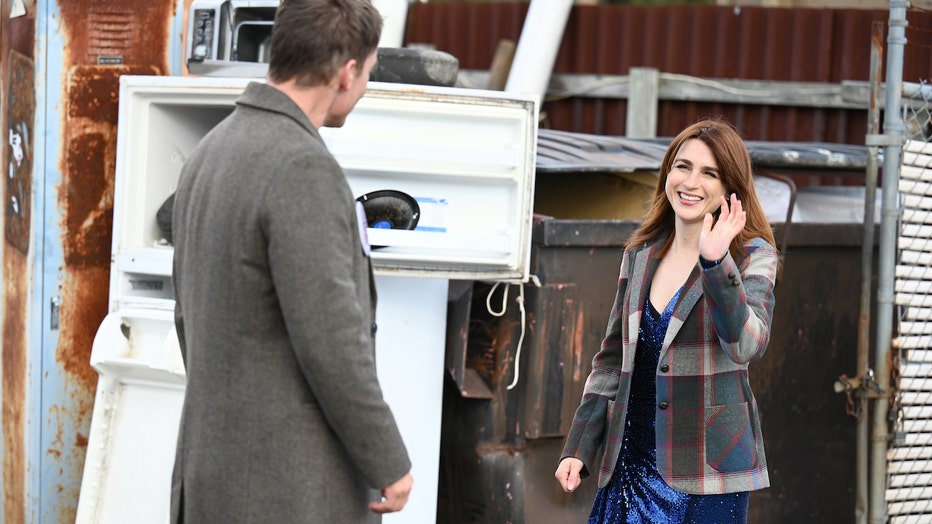 Things get even more complicated when Joe spots Cheryl in the dress and realizes things are getting more serious between her and Jimmy. And that inspires some sparks between the will-they-won’t-they couple at the heart of "Welcome to Flatch" — especially once Cheryl asks Joe to help unzip the dress and he accidentally rips the whole thing off her, leading to a brief embrace when he wraps his coat around her.

"Sometimes you gotta get out of something old to get into something new," Cheryl explains of her torn ensemble. "Or something new with someone old," Joe counters before trying to write off the whole thing as a joke. But that dress and the hug sure seem to be lingering in his mind. "I forgot how perfect she fits in my arms," he tells the camera. "In a platonic way, of course," he quickly adds. 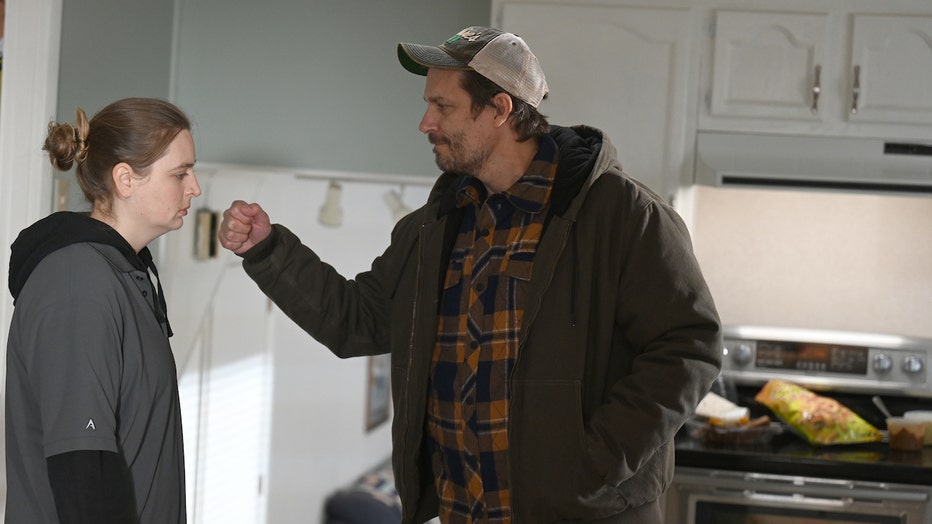 Meanwhile, Shrub and Kelly’s storylines wind up intersecting when he comes to her house to hide out from Beth. When Shrub discovers Bobby is back, however, he immediately knows this isn’t going to end well for Kelly. He compares his uncle to the "Cheeto Bandito" — a "simple and offensive stereotype" who nonetheless sums up Bobby’s habit of taking what he wants and moving on without caring about those he hurts. "He’s gonna destroy her," Shrub explains. "And then guess who has to pick up the pieces after Hurricane Bobby blows through? Moi truly."

Indeed, that’s basically what happens when Bobby tells Kelly that his relationship with her mom is more like a once-a-year fireworks show than a permanent thing. ("I think there should be a July Fourth every month," Kelly suggests.)

Even worse, Bobby pulls some classic psychological manipulation on his own daughter, arguing that she should totally get why he’s leaving because they’re both wild cards who can’t be tied down. And "Welcome to Flatch" gently dips its toes into the idea of generational trauma this week, when Kelly later pulls Beth aside and ends her relationship with Shrub using almost exactly the same harsh speech her dad gave her.

Of course, this being "Flatch," the show still keeps things light. Beth hilariously responds to Kelly’s tough love speech by excitedly deciding that Kelly is her new best friend. But there’s definitely some lingering tension in the air — especially since Shrub didn’t actually want to break up with Beth, just take a break for a bit. 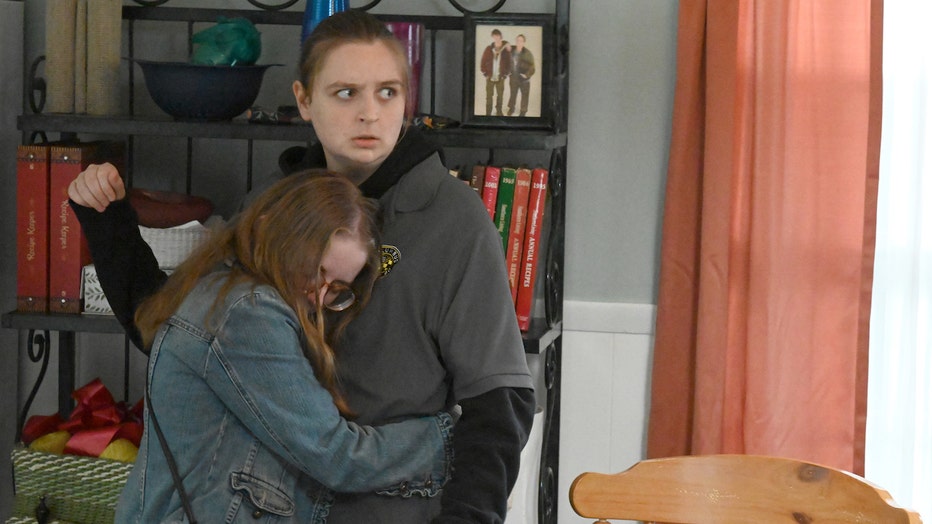 Though "Dinners, Dresses and Dumps" ends on a lighthearted note at the dump, it definitely feels like "Welcome to Flatch" is headed towards some drama in the second half of its season.

"Welcome to Flatch" airs Thursdays on FOX. The first eight episodes are also currently available to stream on Hulu. Recaps run weekly, and you can read them all below.

The Freak Brothers (2021): Smoke 'em if you got 'em! Pete Davidson, Woody Harrelson and John Goodman lead the voice cast of this adult animated stoner comedy based on Gilbert Shelton’s cult classic comic, "The Fabulous Furry Freak Brothers." The series follows three 1960s hippie stoners who smoke a magical strain of weed, only to fall into a 50-year slumber and wake up in the 2020s. While time (and weed culture) may have changed, the Freak Brothers are just as mellow as ever. "The Freak Brothers" is a Tubi Original. Rated TV-MA. One season, 8 episodes. Also featuring the voices of Tiffany Haddish, La La Anthony, Adam Devine.

Staged (2020): We wouldn’t go so far as to call this David Tennant/Michael Sheen meta-comedy the only good "pandemic show," but it’s certainly one of the best — if only because it accurately captures the surreality of those early months better than any well-meaning drama ever could. Tennant and Sheen play fictionalized versions of themselves who are trying to rehearse a play over Zoom during lockdown. Prepare for a delightful parade of deadpan guest stars (Samuel L. Jackson! Dame Judi Dench!) and Tennant’s many headbands. So many headbands. Rated TV-MA. Two seasons streaming on Tubi. Also featuring Georgia Tennant, Anna Lundberg.

The Nanny (1993): She was working in a bridal shop in Flushing, Queens when her boyfriend kicked her out in one of those crushing scenes. What was she to do? Where was she to go? She was out on her fanny. So over the bridge from Flushing to the Sheffield’s door. She was there to sell makeup, but the father saw more. She had style! She had flair! She was there! That’s how she — she being Fran Drescher’s distinctively-voiced, iconically-costumed protagonist — became one of the most unlikely and beloved sitcom stars of the 1990s. Rated TV-PG. Two seasons streaming on Tubi. Also featuring Charles Shaughnessy, Daniel Davis, Nicholle Tom.