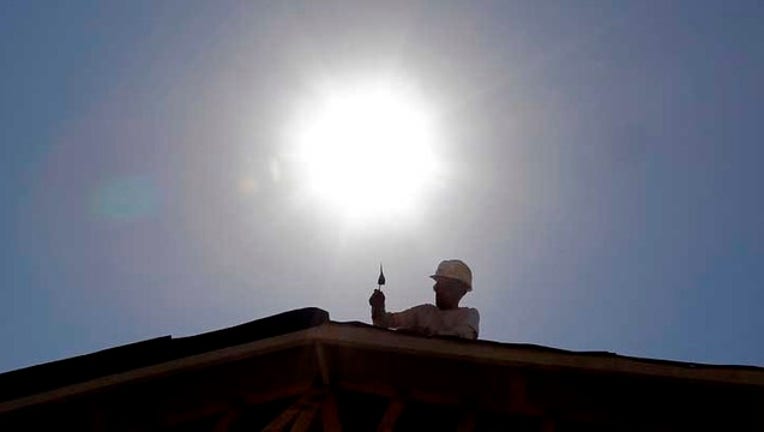 LOS ANGELES (AP) — While much of the nation shivered, many Western cities sweltered through their hottest March on record.

Cities in California, Arizona, Texas, Nevada and even Montana had record high temperatures on individual days last month, according to the National Weather Service. Some also racked up unusual overall temperatures or streaks of balmy weather.

In Los Angeles, the average high in March topped 79 degrees, and the temperature hit 90 or higher on six days.

San Diego had five days of 90 or above.

In Phoenix, the last five days of the month had highs of 95 or above.

The warmup is caused by a high-pressure system that has covered the West Coast and shows no sign of easing this year, said Eric Boldt, a meteorologist with the National Weather Service in Oxnard.

"All of the West Coast ... even up into Oregon, Washington ... have seen record-breaking temperatures this winter, and March just continued this same theme," he said.

San Diego has now seen 17 warmer-than-normal months in a row, and Billings, Montana, had its second-warmest March in more than 80 years.

The average of the month's low and high temperatures set records in several Central and Southern California cities, with monthly means in the 60s in Los Angeles and San Diego.

The high-pressure ridge that's to blame forces storms over the top of it, and they wind up socking the Northeast, Boldt said.

With less rain and snow to provide water to drought-stricken California, Gov. Jerry Brown on Wednesday ordered officials to impose statewide mandatory water restrictions for the first time. Surveyors found the lowest snow level in the Sierra Nevada snowpack in 65 years of record-keeping.

"We've had the same pattern for the past two winters," Boldt said. He said the high pressure "can be knocked out of the way temporarily ... but it pops back into place."

In addition, ocean temperatures have been above normal up and down the West Coast, "so we're not getting a whole lot of relief when the winds do come ashore," he said.

Temperatures have been above normal for years, Boldt said. Experts are trying to grapple with the cause, although he said they don't think it's related to climate change.