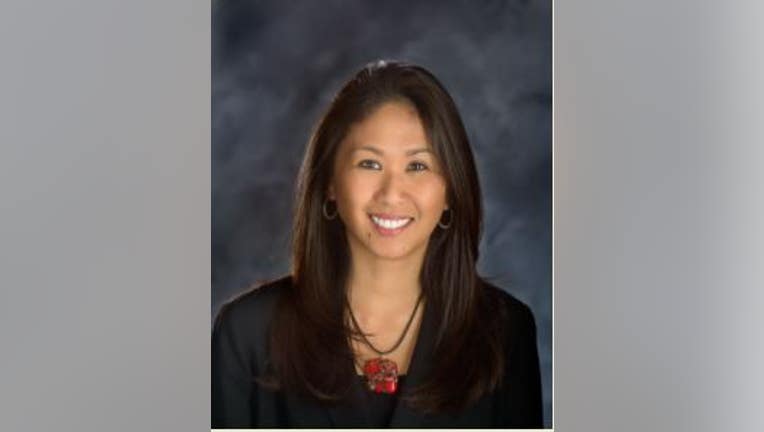 LOS GATOS, Calif. - Two state legislators want to know what is being done to protect the Los Gatos mayor, councilmembers and their families, following reports of racially-charged "bullying, harassment and intimidation" at town meetings.

Assemblymember Evan Low and Sen. Dave Cortese sent a letter to Town Manager Laurel Prevetti denouncing the disruption of government meetings and asking the town to explain its policy on harassment of public leaders, whether it extends to their families, and what steps staff have taken to prevent bullying of elected officials.

The letter also asked Prevetti to acknowledge that the elected officials have been subjected to bullying and harassment during meetings.

Low read from his letter at Tuesday's meeting inquiring into the "disturbing number of attacks" against Mayor Marico Soyac and her family at recent meetings.

"Bullying, harassment, and intimidation at public meetings are absolutely unacceptable on their own, but we were horrified to learn that the mayor--the only person of color on the Town Council--and her family have also been targeted away from Town property," Low said.

"This is especially alarming in light of the spike in hate crimes targeting Asian American and Pacific Islanders during the pandemic."

Protesters have disrupted several Los Gatos town meetings in recent months to rail against the Black Lives Matter movement and the LGBTQ community.

The council temporarily dissolved its in-person Oct. 5 meeting after one protester made personal attacks against Mayor Sayoc's son.

Tensions continued to escalate at Tuesday's Zoom meeting, as protesters picketed the homes of the mayor and the vice mayor, Rob Rennie.

The Los Gatos mayor is a Filipina.

Some of the protesters have spread conspiracy theories about her son and targeted his sexuality.

Low and Cortese asked the town manager about Los Gatos' policy on harassment of elected officials, whether it extends to their families and what steps her office has taken to prevent further bullying and harassment.

They also forwarded their letter to the California Attorney General and Santa Clara County District Attorney.

Prevetti did not respond to a request for comment.

On Twitter, the city responded to Low -- who tweeted a copy of the letter -- that the safety of the mayor, council and community is one of its highest priorities, noting that "all legal means will be used to protect our elected officials."

The town added that a formal response to all of the questions in the letter is coming.

Numerous residents and Bay Area officials called in during the Tuesday meeting to express their support for the mayor and disappointment with the disruptions.

Raania Mohsen, deputy chief of staff for San Jose Vice Mayor Chappie Jones, read a statement submitted from the city and 18 other elected officials condemning the hate directed at Sayoc.

"For the second time in three meetings, the Los Gatos Town Council had to remove the public from council chambers because of this appalling and insensitive behavior," Mohsen read. "We as elected officials want to make clear we respect the public's First Amendment rights. We also want to make clear and urge the public to please understand that behavior and language targeting families, especially minors, should never be tolerated."

Protesters did not appear to heed these calls.

Half way through the meeting, Rennie informed the council that protesters were picketing his home. Picketers also showed up at the private residence of Mayor Sayoc.

A police department spokesperson told San Jose Spotlight that it didn't cite anyone for picketing, but officers did pull over and cite an individual near one of the picket sites who used their car horn inappropriately.

The spokesperson said they didn't know if this was related to the protests.   Rennie told San Jose Spotlight the only time he's faced comparable harassment was when the town approved the North 40 project several years ago.

"I worry if it becomes so nasty to do this job, who's going to volunteer to do it?" he said.

Other residents share these concerns. Rob Moore, a Los Gatos resident told San Jose Spotlight the protests aren't new, but they are growing more intense.   "It's definitely an escalation, and clearly crossing a line," Moore said. "What are we to do with people who won't engage in a civil way?"

Jeffrey Suzuki, a Los Gatos resident and city planner, said he's pleased to see so much public support for the mayor and councilmembers.

He's waiting to see whether the emergency picketing ordinance will help prevent further intimidation of elected officials. Suzuki said this is a critical issue especially for people of color considering running for office.

"If you decide, especially as a person of color... to run for office, can you expect your quality of life to decrease because people will harass you?" he said.