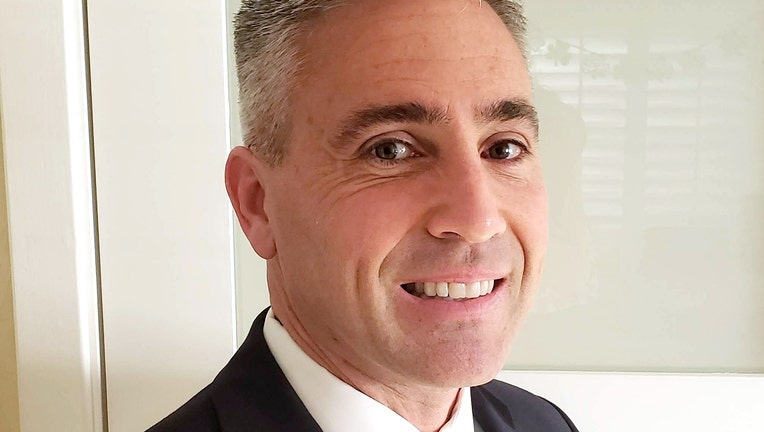 SAN JOSE, Calif. - The whistles blowing at San Jose State University's athletic department are not on the field of play.

Stephen O'Brien, formerly deputy director of athletics at SJSU, filed a whistleblower suit on Tuesday against the university and its athletic director, Marie Tuite, alleging that he was fired for opposing Tuite's efforts to retaliate against staff members who raised concerns about the athletic program.

In a lawsuit filed in Santa Clara County Superior Court exactly one year after his firing, O'Brien alleges that he was asked by Tuite, as her number two in the department, to reprimand staff members who raised concerns about the university's compliance with NCAA rules and guidelines.

In each case, O'Brien alleges that he did not believe that the action he was being asked to take was appropriate. He said that after he communicated those concerns to Tuite and others within the university community, he was fired despite what he claims was an exemplary record.

In that respect, he says, "In January 2020, just two months before terminating him, University Personnel and Marie Tuite approved a 10% merit increase to O'Brien's salary on account of additional duties he performed under her direction."

The complaint paints a portrait of Tuite as a leader who did not brook criticism and expected loyalty from her staff.

According to the filing, "She often told those in her department 'Those who make attempts on the life of the king aren't kept in the kingdom very long.'"

The first of the incidents involved David Rasmussen, a compliance officer in the athletic department, who allegedly followed departmental policy in initiating drug tests for student-athletes who lived in a house where marijuana use was suspected.

The complaint asserts that although Tuite was initially supportive of Rasmussen's actions, she changed her mind after she received complaints from parents and a football coach.

The other incident arose from a case that attracted national attention. In 2009, the university learned of allegations that Scott Shaw, director of sports medicine and head athletic trainer, had engaged in a pattern of inappropriately touching female athletes while treating them.

The university investigated, no charges were filed, and Shaw continued to work at the university, though allegedly "SJSU adopted an unwritten policy prohibiting Shaw from treating female athletes."

According to the complaint, the 2009 investigation had been initiated by Sage Hopkins, SJSU's head swimming and diving coach, "out of serious concern for the health and safety of his athletes, and to protect his swimmers from what he understood to be Shaw's predatory and unlawful behavior."

In 2018, Hopkins allegedly notified leadership at the university of allegations from a number of athletes to the effect that Shaw had continued to engage in similar conduct with women athletes.

Sage also alleged that evidence related to the matter had been "spoliated," a legal term to indicate altering, destruction or hiding of evidence.

He allegedly "documented his findings in a nearly 300-page dossier which he submitted to SJSU's campus police, Tuite, and multiple state and federal agencies, including the NCAA, imploring SJSU to re-open its investigation."

According to the complaint, Hopkins explicitly named Tuite as complicit in the alleged cover-up.

SJSU did commence a new investigation.

In January 2020, SJSU President Mary Papazian issued a statement that it would retain an outside investigator to "avoid any potential conflicts of interest."

O'Brien had reviewed the Hopkins dossier in December 2019 and discussed the materials with Hopkins.

"Without passing judgment on the merits of Hopkins' accusations, O'Brien became aware that great care must be taken to preserve the integrity of any resultant investigation, which involved serious, deeply troubling conduct against SJSU's female students'" according to the complaint.

The filing alleges in early February, Hopkins sent an email to various NCAA and Mountain West conference staff criticizing Tuite "as being complicit in covering up Shaw's abuse of female athletes."

Shortly thereafter, "Tuite summoned O'Brien into her office to cross-examine him about why he failed to immediately report Hopkins' opposition to her. She was angered at what she perceived to be an expression of disloyalty."

The complaint alleges that "Tuite explained she was precluded from disciplining Hopkins herself ... She informed O'Brien that due to a conflict of interest, she would not be able to carry out actions against Hopkins.

Rather than risk being identified as actively interfering with the investigation against her, she ordered O'Brien to retaliate against Hopkins on her behalf."

A meeting followed among Hopkins, O'Brien and a university personnel officer.

According to the complaint, "Hopkins asked whether the discipline against him "could be perceived as retaliatory." When O'Brien said "such an interpretation was possible," the personnel officer abruptly ended the meeting.

She later told O'Brien that she believed he was working "in tandem" with Hopkins. O'Brien has a background in law. He graduated from USC Law School in 2001, where he was on the Law Review and a member of Order of the Coif, an honorary scholastic society, according to his biography on the University of Santa Clara Law School website, where he now works.

The biography states that "O'Brien began his professional career as a transactional finance and real estate attorney, working for the law firms of Latham & Watkins LLP and Greenberg Traurig LLP.

He has maintained his license to practice law in the state of California." O'Brien allegedly shared his reservations about the actions he was being asked to take with other officials outside the athletic department, including the university counsel, but according to the filing received no substantive response to these communications.

He sums up by stating, "SJSU's decision to terminate O'Brien was retaliation against him for his perceived affiliation to two employees who were engaging in protected whistleblowing activity shortly before being unjustifiably disciplined.

O'Brien's actions to protect whistleblowers and the integrity of the Title IX investigatory and compliance processes were treated by Tuite and SJSU as acts of disloyalty."