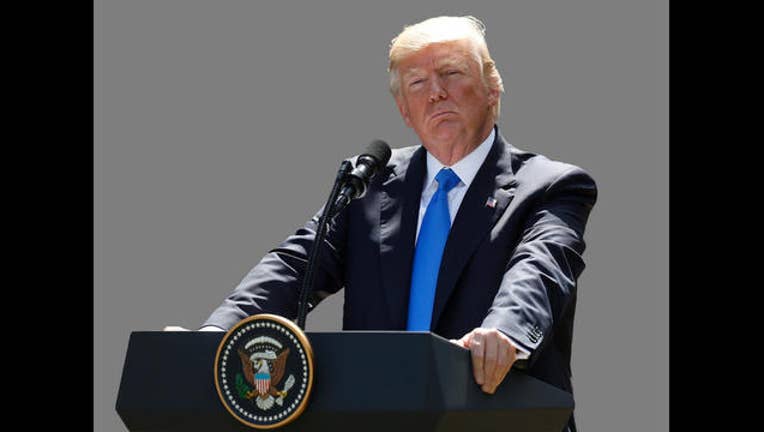 That appeared to be the question at President Donald Trump's first meeting of his full Cabinet on Monday, as top aides took turns piling praise on the boss.

After Trump extolled the achievements of his young administration, asserting that he had accomplished more than any president in his first six months --with "few exceptions," like President Franklin Delano Roosevelt -- his Cabinet added on more accolades.

Vice President Mike Pence declared his job was "the greatest privilege of my life."

Attorney General Jeff Sessions told Trump law enforcement officers "are so thrilled that we have a new idea that we're going to support them."

Energy Secretary Rick Perry gave his "hats off" to Trump for taking a stand against the Paris climate accord. And Commerce Secretary Wilbur Ross offered thanks "for the opportunity to help fix the trade deficit."

Perhaps the strongest words came from chief of staff Reince Priebus: "On behalf of the entire senior staff around you, Mr. President, we thank you for the opportunity and the blessing that you've given us to serve your agenda."

The meeting came as the White House struggles to advance its agenda amid the investigations into Russia's election meddling and possible collusion with the Trump campaign. So far no major legislation has made its way through Congress. The White House has been dogged by reports of infighting and disarray. And the president has repeatedly sought out conflict on social media, distracting from the issues his advisers are trying to promote.

On Twitter, the Senate's top Democrat, Chuck Schumer, trolled the president with video of a mock staff meeting in which aides praised Schumer's hair and his performance on the Sunday talk shows.

Trump this week is highlighting efforts to bring more Americans into the economy by having them start working as apprentices. He also promised a news conference in two weeks to discuss the administration's efforts to combat the Islamic State.