SAN FRANCISCO - The Bay Area will be under an air quality advisory on Wednesday due to wildfire smoke from Southern California. 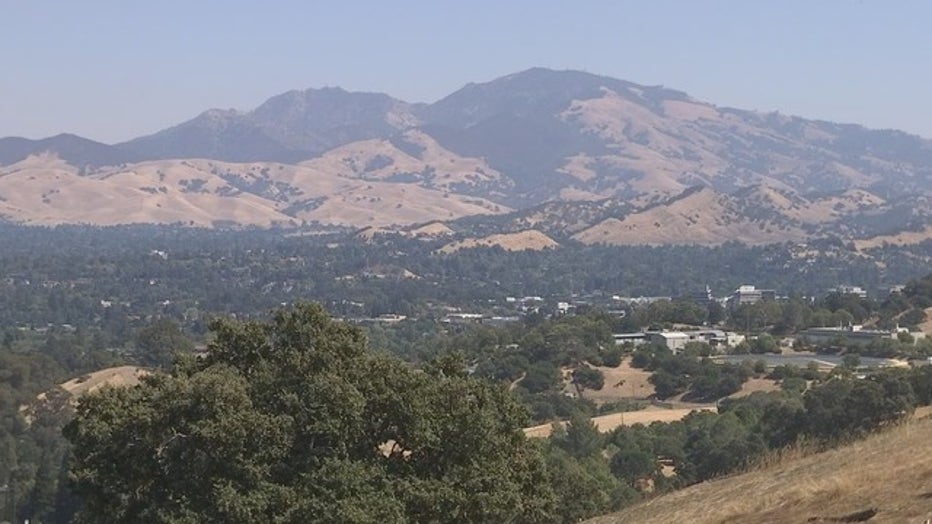 The Bay Area Air Quality Management District (BAAQMD) said Wednesday’s advisory will actually be a downgrade from the Spare the Air alert issued for the region for Tuesday because of smog.

SEE ALSO: Spare the Air alert issued for Tuesday due to smoke, smog

"Bay Area air quality is expected to be Unhealthy for Sensitive Groups in the Eastern Zone and Santa Clara Valley, Moderate in all other regions," said the district, which advised residents to limit driving during Spare the Air alerts.

By Wednesday, the conditions were expected to improve, especially in parts of the North Bay as well as the South Central Bay.

"Fires from across Southern California can impact us in the Bay Area, but generally air quality should be good," BAAQMD spokesman Ralph Borrmann told KTVU.

An air quality advisory has been extended through Wednesday for the Bay Area due to wildfire smoke.

The district said that it would continue to closely monitor the smoke impacts from the state’s wildfires.

"If the smell of smoke is present, it is important that Bay Area residents protect their health by avoiding exposure. If possible, stay inside with windows and doors closed until smoke levels subside, if temperatures allow," BAAQMD advised, adding, "It is also recommended that those impacted by smoke set their air conditioning units and car vent systems to re-circulate to prevent outside air from moving inside."

You can find up-to-date information about fire and smoke in your region by going to the Environmental Protection Agency's map here.