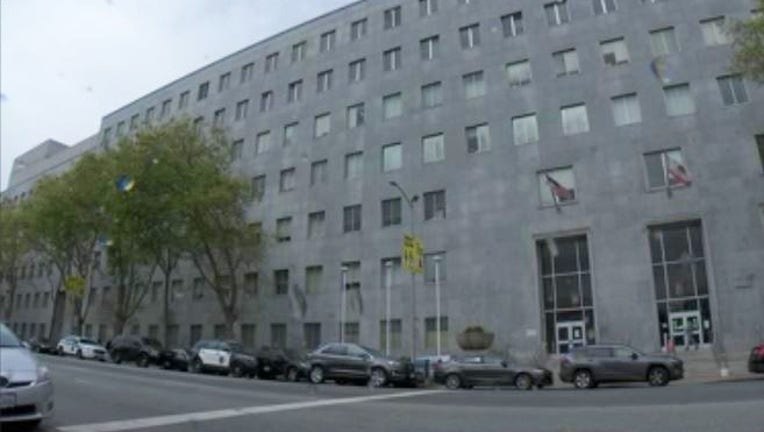 Witnesses in criminal courts at San Francisco's Hall of Justice will be required to wear clear masks during jury trials.

SAN FRANCISCO - Witnesses will be required to wear clear face masks when testifying in San Francisco court, a judge ruled Thursday ahead of the county’s first jury trial since COVID-19 struck.

“It’s a new day in San Francisco County and we’re going to door best to keep everyone safe,”  Puri said.

The order may serve as a blueprint for other cases as the courts, prosecutors and defense attorneys wrestle with how to hold safe jury trials amid the pandemic.

Everyone in court has been required to wear a mask for other hearings since March. But the case against David Brown will be the first jury trial since the pandemic hit.

His attorney, Deputy Public Defender Sierra Villaran, argued that face masks could violate her client's constitutional rights. Masks would also inhibit the jury’s ability to assess a witness’s credibility by obscuring their face, she said.

The Confrontation Clause in the Sixth Amendment gives the accused the right to be confronted by the witness against him or her.

Villaran argued that witnesses should wear a face shield rather than a mask.

Assistant District Attorney Edward Chang said face shields would be insufficient to stop the potential spread of the virus.

Puri ordered the court to provide clear masks to witnesses who take the stand to mitigate possible constitutional issues.

She also barred the defendant and his attorney from whispering or passing notes – a common practice in trial. Instead, they can have as many breaks as required to speak in private.

Attorneys will no longer hold “side-bars” in which they speak with the judge off the record next to the bench. Attorney’s and judges will have discussions in the hall or in chambers.

Evidence will also be digitized and projected on a screen rather than handed back and forth, the judge said.

“Everyone is ordered to socially distance, period,” Puri said.