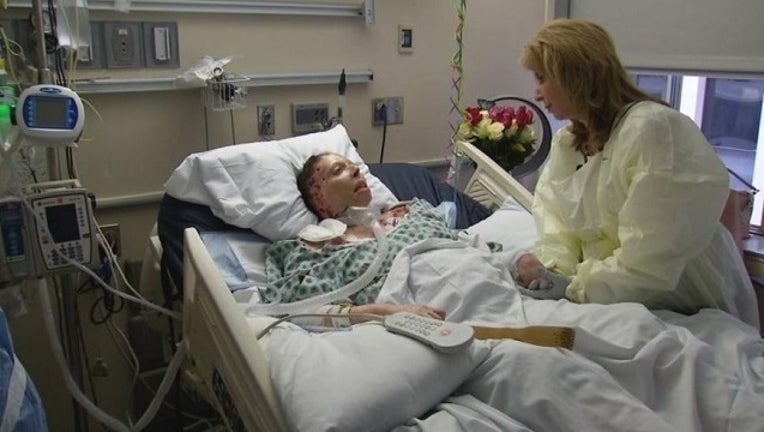 COLUMBUS, Ohio (AP) - An Ohio woman set on fire by her ex-boyfriend and whose injuries prompted legislation that would allow longer sentences for crimes that permanently maim or disfigure victims has died.

Franklin County Prosecutor Ron O'Brien confirmed Tuesday that 33-year-old Judy Malinowski has died after being hospitalized for nearly two years. O'Brien says his office is working with Gahanna police and the original arson investigator to determine whether a homicide case can be pursued.

Michael Slager, the man accused of dousing Malinowski with gasoline in August 2015, pleaded no contest to charges including aggravated arson and felonious assault and was convicted in 2016. He was sentenced to the maximum 11 years in prison.

The legislation inspired by Malinowski's injuries and approved by the Ohio House is now in the Senate.