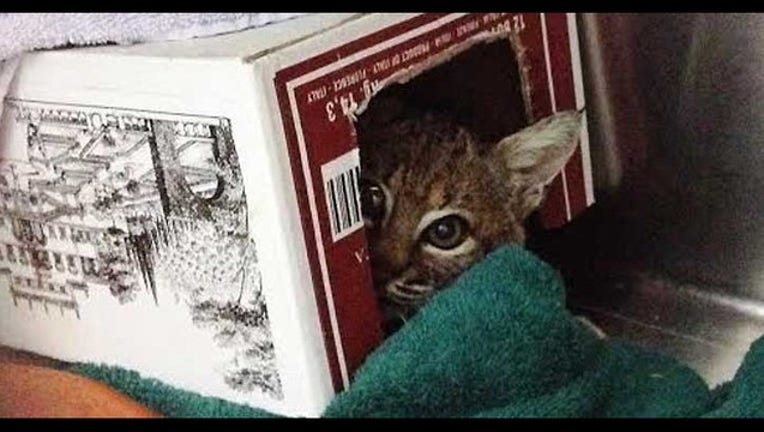 WALNUT CREEK (KTVU) – A young bobcat, found entangled in a barbed wire fence last fall, has been released back to the wild after animal welfare officials nursed it back to health, Lindsay Wildlife Rehabilitation Hospital officials announced Monday.

"It's been a long journey for this little bobcat, but she has recovered from her injuries and has proven able to catch and cache prey," said Lindsay's Director of Veterinary Services Doctor Guthrum Purdin. "It's time for her to go back to where she belongs; wild and free."

The bobcat was originally brought in weighing around three pounds and was discovered hissing and growling, snarled in a barbed wire fence in Oakley back in Oct.

It had a puncture wound on her neck and other potentially life threatening injuries.

With loving care, the bobcat has been nursed back to health and now weighs six pounds.

Last Thursday, wildlife officials took the young bobcat to a field near where it was released on private property just outside of Brentwood.