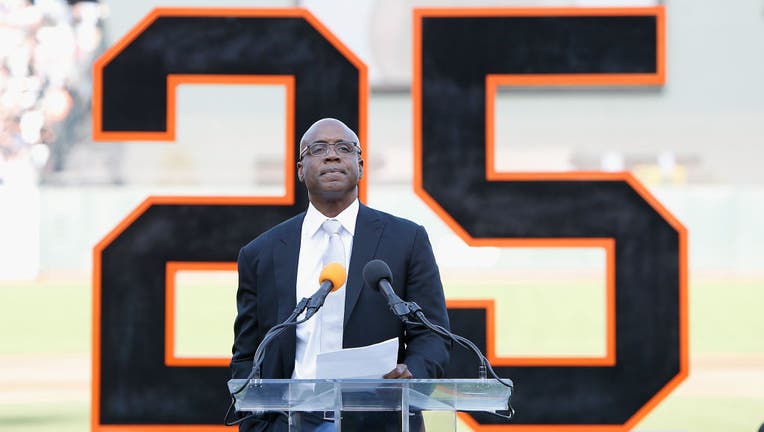 Barry Bonds was rejected by sportswriters for the 10th time as a candidate for the Baseball Hall of Fame.

Bonds, who shattered Major League Baseball's hallowed home run records as a member of the San Francisco Giants, failed to garner 75% of votes in his final year of eligibility from the Baseball Writers' Association of America.

Bonds received 66% of the vote. Only David Ortiz, the former Boston Red Sox player, met the 75%  threshold for induction into Cooperstown in this year's ballot.

Bonds amassed stats that place him among the game's greatest hitters, but sportswriters have dismissed him for the role performance-enhancing drugs contributed to his success with the Giants and Pittsburgh Pirates. With 762 career homers, he hit more home runs than anyone in Major League Baseball.

FLASHBACK: Home run king Barry Bonds has his No. 25 retired by Giants

Like Bonds, pitcher Roger Clemens came up short with the Hall of Fame voters on his final year of eligibility. Clemens' dominance on the mound has been clouded by accounts of his OED use.

Despite the rejection, Bonds could still find a place among other legends in the hall when the members of the Today's Game Era committee vote.