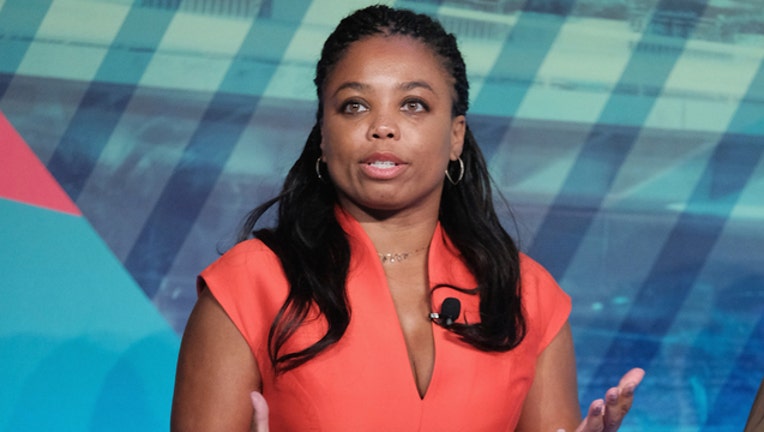 Co-host ESPN2's His & Hers Jemele Hill speaks at the Why Are We Still Talking About This? Women & Sport in 2016 panel at Liberty Theater during 2016 Advertising Week New York on September 29, 2016 in New York City. (Photo by D Dipasupil/Getty

Hill attracted attention last year and was briefly suspended for opinionated messages on social media, including a reference to President Donald Trump as a "white supremacist."

Hill says Friday she asked to be taken off the 6 p.m. weekday edition of ESPN's sports news show because of a "strong desire to return to reporting, writing and commentary."

She is going to work for The Undefeated, ESPN's website that concentrates on issues of sports, race and culture. She also says she will be involved in some things that she can't announce at this point.

ESPN says her "Sportscenter" co-anchor, Michael Smith, will continue as a solo host.