DETROIT - It wouldn’t be Thanksgiving Day without a Detroit Lions game.

This year, the Lions host the Chicago Bears in an NFC North showdown. The kickoff is scheduled for 12:30 p.m. ET on FOX.

The Lions have not won a game this season, losing nine times and tying once. Their saving grace: The Bears aren’t much better and trending downward.

Through 10 games, Chicago has only won three times this season. One of those wins came against the Lions in Week 4. 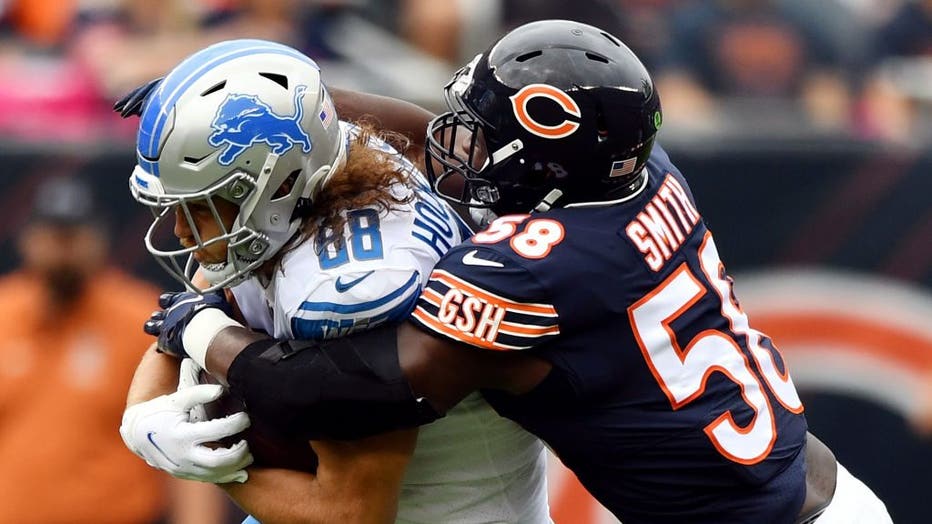 T.J. Hockenson, No. 88 of the Detroit Lions, runs with the ball against Roquan Smith, No. 58 of the Chicago Bears, in the first half at Soldier Field on Oct 3, 2021, in Chicago, Illinois. (Photo by Jamie Sabau/Getty Images)

But now the Bears are winless in their last five attempts, frustrating Chicago sports fans to the point of calling for the job of head coach Matt Nagy.

Thursday’s game is the true definition of a toss-up. Both teams have offenses ranked near the bottom of the NFL. Detroit's defense ranks 27th while Chicago’s defense shows some promise at No. 11.

Their defense might be why the FanDuel SportsBook has the Bears favored by three points.