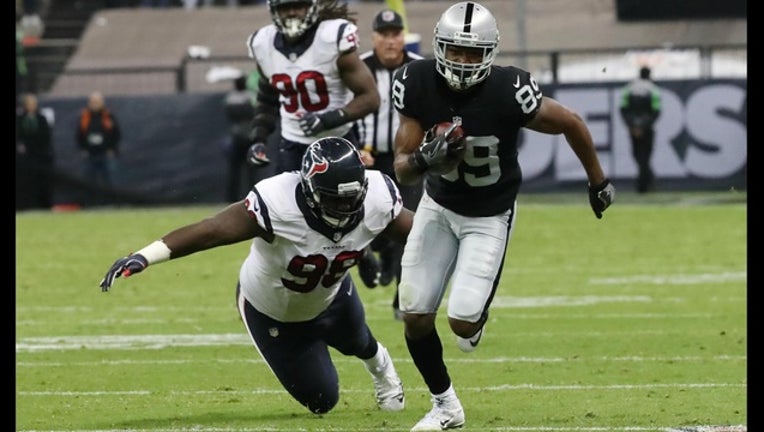 OAKLAND, Calif. (KTVU) - NFL commissioner Roger Goodell announced a return to Mexico City for the 2017 season.  The Oakland Raiders will host the New England Patriots at Estadio Azteca at a date yet to be determined.

The Raiders defeated the Houston Texans, 27-20 at Estadio Azteca in 2016, before a sell-out crowd of 76,473 in the first ever Monday Night Football game played outside of the United States.

"The Raiders are excited to return to Estadio Azteca and represent the National Football League once again on an international stage," said Raiders Owner Mark Davis via written statement.  "We enjoyed tremendous support from the Raider Nation in Mexico in 2016 and look forward to experiencing that great passion again this year."

According to the Raiders organization, fans interested in receiving information about tickets for the game, which will go on sale this summer, should register their interest at http://www.nfl.com/mexico/registration.  Season ticket members of Oakland and New England will receive information directly from the clubs once tickets are ready for sale.