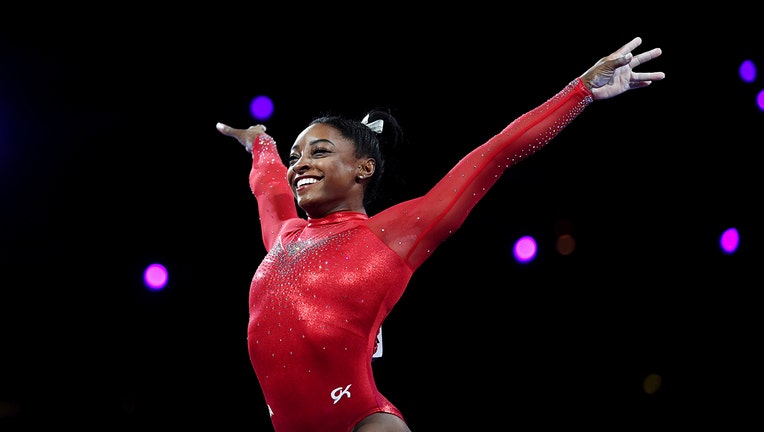 Simone Biles of United States reacts after her routine in Women's Vault Final in the Apparatus Finals during Day 9 of 49th FIG Artistic Gymnastics World Championships at Hanns-Martin-Schleyer-Halle on October 12, 2019 in Stuttgart, Germany. (Photo by

LOS ANGELES - It's been a record-breaking year for gymnast Simone Biles.

The 22-year-old Olympic athlete became the most decorated gymnast in the world after taking home her 25th medal at the world gymnastics championships in Germany in October, shattering the all-time record of 23.

Now Biles has been named Female Olympic Athlete of the Year at the Team USA Awards -- one of just eight awards handed out at a ceremony Tuesday in Los Angeles.

Others recognized at the awards include the US Women's World Cup soccer team, who won Olympic Team of the Year, and figure skater Nathan Chen, who was named Male Olympic Athlete of the Year.

The voting was determined by members of the Olympic and Paralympic community, whose votes accounted for 50%, while the other half was chosen by online fan votes.

Before becoming the most-decorated world championships gymnast among both men and women, Biles told the Washington Post she believes it's "really impressive for someone to be able to do that; I guess that’s me."

This story was written in Tampa.